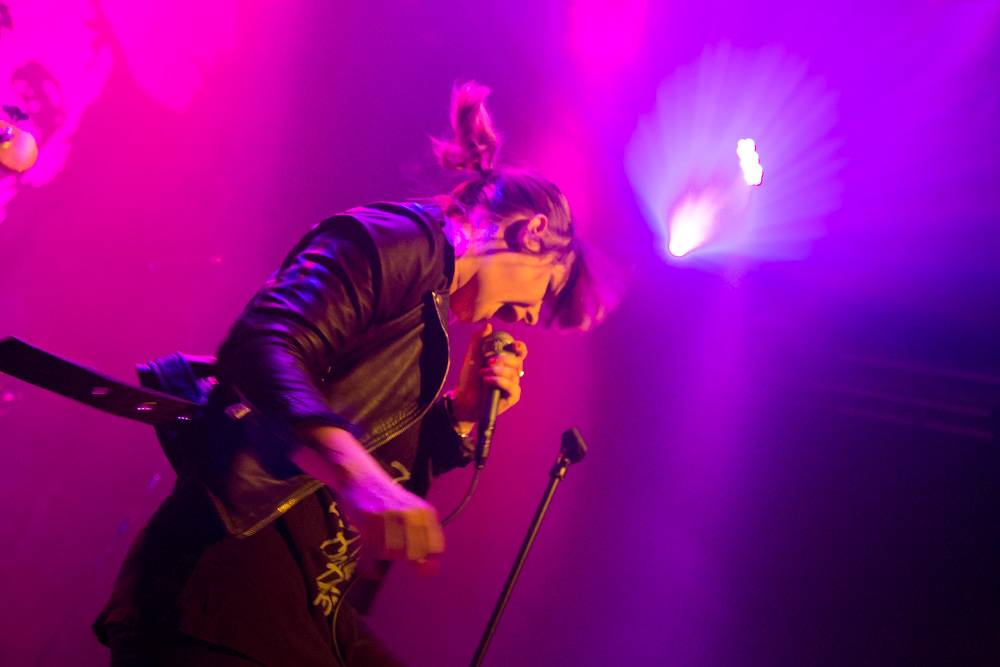 The SoundsÂ in Vancouver, on tour for their latest album,Â Weekend. L.A. band Blondfire opened.

The Swedish band formed in 1998 and released their first album, Living in America, in 2002.

Weekend is the group’s first album since 2011 Something to Die For.

More photos of The Sounds at Venue, Vancouver: