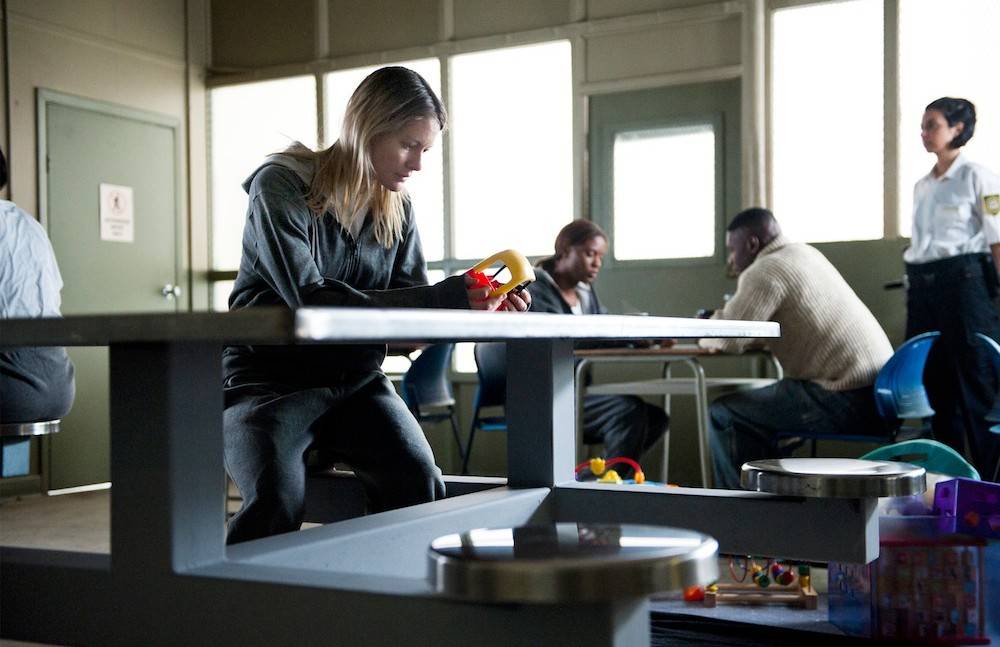 Allen was raised in Nelson, B.C. and completed the acting program at the National Theatre School of Canada. Early credits include supporting roles alongside Mira Sorvino and Donald Sutherland inÂ Human Trafficking, and Johnny Depp in the Stephen King thriller Secret Window. She was the lead in the 2006-7 CBC medical drama,Â Jozi-H,Â which was set and shot in Johannesburg, South Africa. Other credits include recurring roles onÂ Nikita,Â Little Mosque on the Prairie,Â Murdoch Mysteries and the SyFy seriesÂ Being Human.Â Allen can also be seen in the new Bravo seriesÂ 19-2Â and in a lead role on Global’s new seriesÂ Remedy. We talked to her at a cafÃ© March 21, The Husband‘s opening day in Vancouver.

The producer Dan Bekerman has been working his butt off in Toronto to make independent films ever since I’ve been around. We did a short film togetherÂ when I was at the CFC [Canadian Film Centre]. So we sort of knew each other. And I had been out-of-town so… There’s no budget for this film so I think he was like, “Well Sarah’s not going to come into town to do it” so they didn’t even bother approaching me. Then a friend of mine put a bug in my ear that they were trying to cast this role and they were having a really hard time and would I be interested, yes! I’ve always wanted to work with Bruce McDonald, that’s been one of my measures of success, one of my fantasy jobs was to get to work with him. He is such an institution in Toronto and in Canada. You see him on the street once a week in Toronto just shooting stuff and I thought, to work with him, I would really feel like part of the Canadian film community.