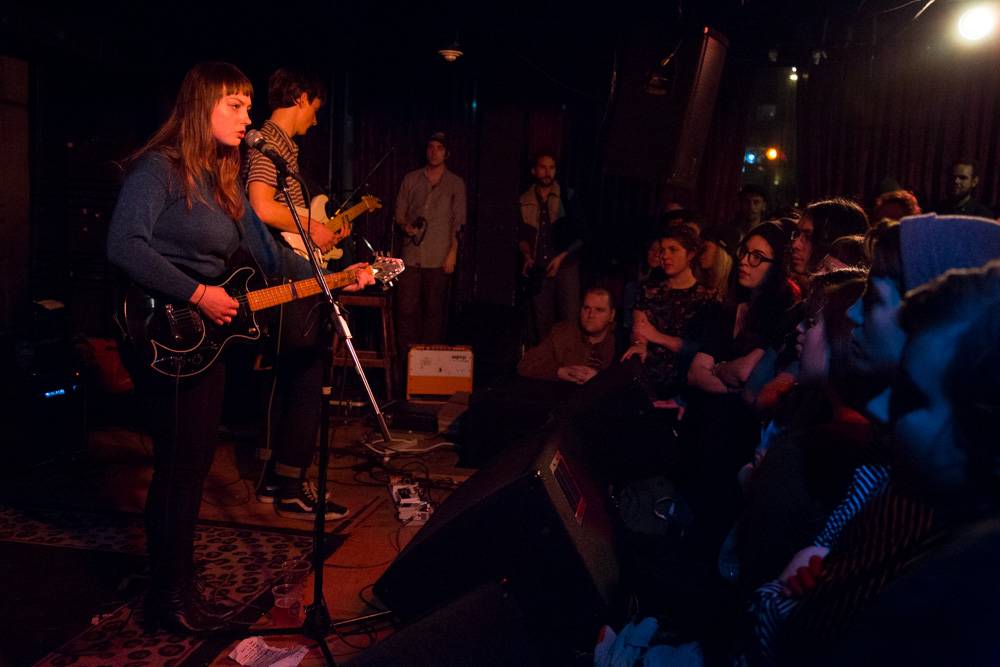 Angel Olsen at the Media Club in Vancouver for a sold-out Thursday night show.

The singer/songwriter is touring in support of her album Burn Your Fire for No Witness, which was released Feb. 18 on Jagjaguwar.

Olsen has been collecting numerous accolades for the album, including:

“Why She’ll Be Big: ‘Forgiven/Forgotten,’ the song you can hear now from Olsen’s second album, Burn Your Fire for No Witness, will singe anyone expecting the haunted-coffeehouse strumming she has become cultishly known for. But the rest of Burn blearily combines raw rock and harrowing folk, for a captivating listen that will be crucial to hear live . . . ” – Entertainment Weekly [14 Rising Stars to Watch In 2014]

“While the arrangements are more muscular than before, her high-arching voice remains unobstructed and completely devastating.” – SPIN [50 Albums You Gotta Hear in 2014]

“On ‘Forgiven/Forgotten’ the explosive lead-off single from her second album, Burn Your Fire for No Witness, the instruments around her finally match the intensity of her voice.” – Pitchfork [Best New Track]

“Her new album doesn’t come out till February, but it’s an early frontrunner for one of Bob Boilen’s favorites in 2014.” – NPR Music’s “All Songs Considered”

“[Angel Olsen] has gone ahead and plugged in, with a full rock band sound that seems like it’s rearing to overwhelm everything in its path.” – The FADER