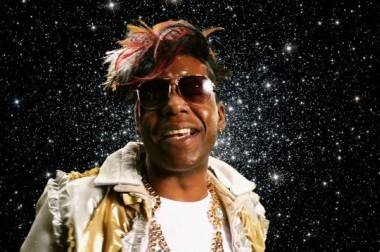 ZoÃ« Christmas: In your videos, you have a mix of dancers – all colours, sizes and genders. But with the way twerking is headed now as a trend, are you nervous about how some people instantly see it as degrading? How can this style of music and dance be empowering?

BF: Right! And it also gives those national artists a chance to explore their music in a different form. And when they come to New Orleans – you know, BeyoncÃ©, Fantasia, Monica – and when they hear their song and it’s transformed on a Bounce beat, they be like “wow that sounds really good, I like it!” And that’s why so many people love New Orleans. They love the culture, they love the sound, and they love what we do to music.

Connect with Big Freedia (@bigfreedia), get her music on iTunesÂ and catch Queen of Bounce on Fuse, Wednesdays 10/11C.