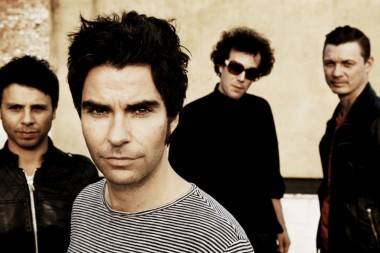 Stereophonics have been on a steady track to international success since their first record in 1997; with album number eight and their own record label, Stylus, under their belt, theÂ Welsh alternative-blues rockersÂ Â show little sign of slowing down. I chatted with front man Kelly Jones just before the sound check for their sold-out show at the Commodore Ballroom in Vancouver Oct. 6.

It was an honour to hear the softspoken songwriter open up about the new level of control that he and his fellow band members enjoyed while working on their latest release Graffiti On the Train. We took a stroll down memory lane and talked about some of the highlights of their career – from the early days of playing Credence Clearwater Revival covers, to working with Tom Jones, and venturing out into filmmaking. 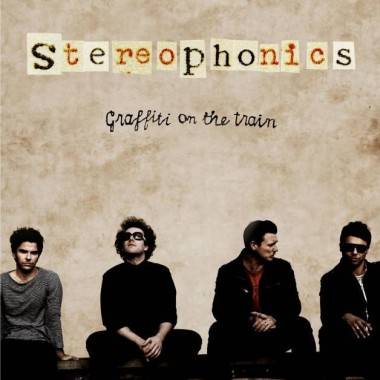 Ria Nevada: It’s a sold-out show tonight, and you’ve got eight albums to choose from for your set. Are there any tracks that feel like a lifetime away and feel a little bit irrelevant to play now?

Kelly Jones: No, I don’t think there are any songs that are irrelevant. I think our catalogue has held up pretty well over the 16, 17 years, and for us it’s an advantage and a great thing to be able to change the set list every day and take songs from those eight records, you know?

RN: I remember growing up in the Philippines and listening to you guys on MTV Asia – and these days, I don’t think music channels even play whole videos anymore! How do you feel your relationship or your reach with the fans has changed over time with all these new technologies?

KJ: Yeah well I think there’s a lot more people listening to music now than there ever has been. Access obviously to the Internet is the main thing, digital downloading is the main thing, and we play in countries now – we’ve done gigs in Korea and Kuala Lumpur, all over the place. Down to South America. We wouldn’t have gone to those places 10 or 15 years ago.

RN: Do you feel like there’s too much of an expectation for people to know everything about public figures’ lives?

KJ: Yeah, I think we’re in a situation where everyone needs to know everything about everything and I don’t really agree with that. I think if you’re an artist, or musician, a writer, or an actor, the part that people should see is the part you’re doing your job for, not your opinion – plus I just don’t have the time to be telling people what I’m doing.

RN: Since we are taking a look at past career highlights – I still recall the first time I saw your video with Tom Jones for “Mama Told Me Not to Come”.

Video – Tom Jones and Stereophonics, “Mama Told Me Not to Come”:

KJ: Oh yeah? That was awesome.

RN: I can’t imagine what I’d feel if someone told me, oh by the way, Tom Jones wants to record with you! Can you remember what that moment was like or how it even came about?

KJ: Uh yeah, I went to a concert of Tom’s in Cardiff and we just got drunk in a bar after and had a conversation and that was it really. He was doing an album with lots of different artists, picking different songs and really it was like a two-week experience but we’ve stayed friends ever since really. I spoke to him last week when I was in Detroit. It was a good experience to sing opposite Tom Jones.

RN: He’s such an animated character! His face just lights up with every expression!

RN: Can you remember the best story that you’re allowed to tell?

RN: And I completely forgot that Rhys Ifans was in the video too! He was just popping up in music videos left and right for a while there!

KJ: He’s a good actor Rhys, he’s a good friend of mine. He’s in the new Spiderman movie. He’s still doing very well and he’s a friend of ours from Wales. He was in LA at the same time so we asked him to come to the video with us.

RN: I’m going to need your help here. You are from Cwmaman in Wales – please help me pronounce it before I embarrass myself.

RN: So if my research is correct, it’s a small coal-mining village? How did you meet the guys in the band?

KJ: We lived on the same street, went to the same school, and just played in a band on the weekend.

RN: Can you remember the first songs you guys started playing together?

KJ: We were always writing. I was doing my first gigs at 12 – you know Credence Clearwater Revival, Van Halen, Eagles. Lots of people really, different cover versions of Beatles, Nirvana. All sorts of stuff. 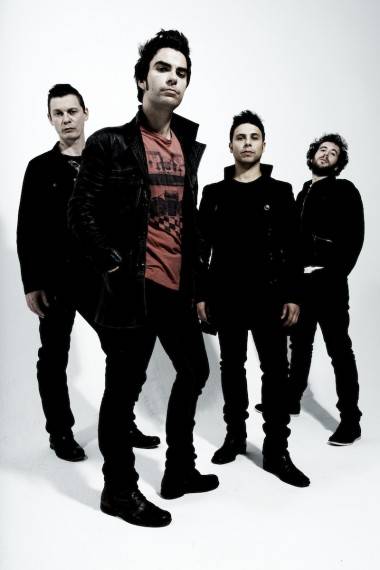 RN: You run your own label, Stylus Records – do you have any other bands on there with you?

KJ: No, we just did it because on this album we felt very passionate about the music and what we made. We had always been on an independent but we got put onto a major for a while and didn’t really like it and we just wanted to pick a group of people around us that were passionate and like-minded and not distracted by other acts really. We wanted them to solely work on this record. It’s such a crazy world out there on a major label – one week you’re working with Metallica, the next week’s Rihanna, the next week’s BeyoncÃ©.

RN: You’d think that there’s enough ground out there for everyone to share.

KJ: Yeah but, there isn’t enough people to go around with all those acts and give them enough attention. They basically just move money around.

RN: So what’s the story behind Stylus? Are you guys vinyl collectors?

KJ: Yeah I do like a vinyl, yeah. Stylus is the name of a character in a screenplay I’ve written called Graffiti On the Train, plus it’s a tool that you write with and also it’s a needle. So it combined writing, music, and the film I did in one thing really.

RN: Very cool. So is the album Graffiti On the Train meant to be sort of a soundtrack to the film?

KJ: Kind of, yeah. They were written at the same time and the screenplay is in development now and the music was written simultaneously so it fed off each other quite a lot and yeah I guess it is a soundtrack. It’s not a musical.

RN: Did you find there were more images floating in your mind while writing this record?

KJ: Yeah, sometimes a scene in the script would move into a song, and something in a song would move into the script and it was just a different way of working. It was quite confusing for a while but it became a new way of finding a source really. I kind of felt myself throughout the story. Do you know what I mean? Through other people’s characters, it becomes autobiographical anyway because you write from your own experience.

RN: Thank you so much for chatting with us today – this is truly an honour! Good luck tonight!