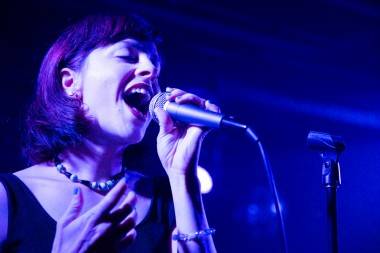 Besides Cryptacize, Torrisi has recorded and/or toured withÂ Xiu Xiu, Ariel Pink’s Haunted Graffiti, Saturday Looks Good to Me and Sufjan Stevens. Since 2005â€²sÂ From the Lion’s MouthÂ (credited simply to “Nedelle,” no last name), she has also recorded as a solo act, singing and writing torchy R ‘n’ B (she’s been known to rock a Sade T-shirt). Guests on her new album include Nite Jewel and Julia Holter.