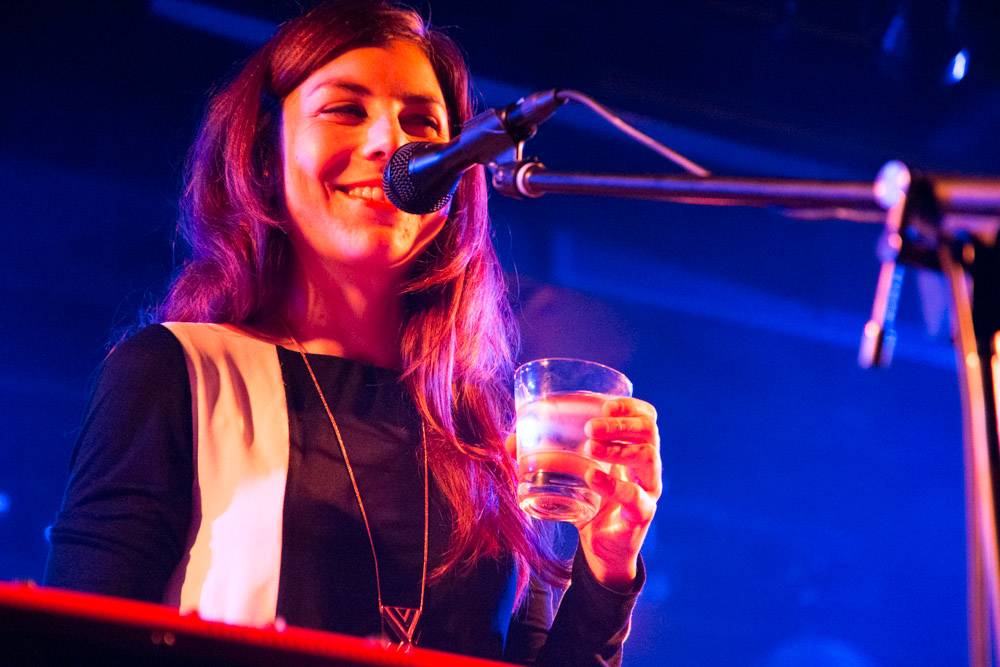 The L.A. singer/composer was greeted warmly by a good-size crowd for a Monday night. She was accompanied by a cellist, violinist, and drummer, and played keys and sang. Selections included the 1963 Barbara Lewis soul classic “Hello Stranger”, off the new album. In fact, many of the songs on Loud City Song seem as though they are about connecting with other people in a vast, impersonal city.

Her previous releases include 2011’s Tragedy and 2012’s Ekstasis. Holter has said that both of those albums were recorded mostly by her, in her bedroom. Loud City Song, however, was recorded with an ensemble.

Holter comes from an academic/musical family; her father plays guitar, and her mother, Carole Shammas, is “a prominent academic,” according to Wikipedia, at the University of Southern California.

The 29-year-old has also collaborated with Nite Jewel and Linda Perhacs.