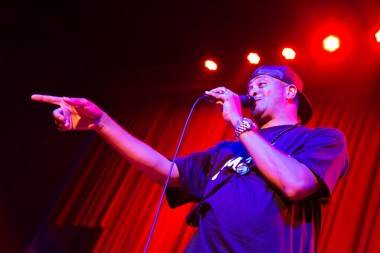 Chali 2na (aka Charles Stewart) was a founding member of Ozomatli and Jurassic 5. He released his first official mixtape, Fish Market, in 2004. A man who never met a fish reference he didn’t like, the rapperÂ released Fish Outta Water in 2009 and has plans to release a series of EPs under the titleÂ Against the Current.