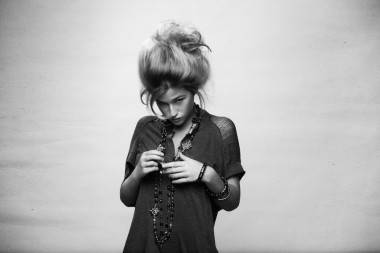 Sultry songstress Selah SueÂ returned to Vancouver with a headlining spot at Venue Tuesday Aug 20, just months after capturing hearts as Ed Sheeran’s opener at the Queen Elizabeth Theatre. She captured the attention of R&B luminary Cee-Lo Green and her soulful eponymous debut, whichÂ topped the charts in her home country of Belgium, has made waves all over Europe. Not bad for a small-town lady just hitting her mid-20s.

With a new record on its way, and in the spirit of bringing more eclectic elements to the studio and stage, Sue is excited to be on the road in North America. Hours before she hit the stage, we sat down for a chat at Venue before her show and looked back at her modest upbringing, how she broke her family’s mould, and how it feels to be a part of a new breed of artists changing the face of soul. 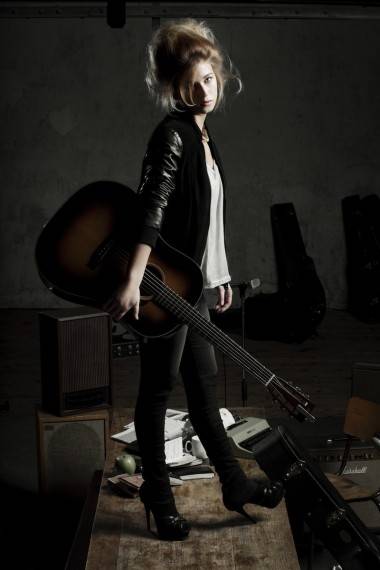 Ria Nevada: The last time you were here, you were supporting Ed Sheeran, you’ve had Cee-Lo Green appear on your album, and you opened for Prince in Antwerp. I would say you’re living the dream! Has the reality of being in this league of amazing artists hit you?

Selah Sue: Yeah, it’s never been my intention to become like a big artist, so I’m not too overwhelmed but that’s just my nature. I think I’m very down to earth, but I think it’s also healthy, you know, to be like this. But um, I just enjoy it a lot, and not especially the fame or the success or who I’m playing with but more like everything that comes with it like the touring is amazing, and it’s like we’re a family on tour. It’s really close, we get all our friends together, I can see the world and I can make music as a living. Those kinds of things make me really happy.

RN: I have to hear more about your encounter with Prince – he’s just a living legend! Were you able to meet? Did he give you any words of advice?

SS: Yeah actually he did. That was the moment in my career that I was really overwhelmed! (laughs) He saw my whole show and invited me to his backstage and he gave me a lot of advice, and asked me questions, and he was really like a musical father, like a Buddha, really sweet, really caring almost. That was amazing.

RN: I’m really jealous right now! I know very little about your hometown of Leefdaal, Belgium. Did you feel a little isolated from the action growing up in a small town? Or do you think that actually alleviated some of the pressure of having to make it in the music business?

SS: Not only Leefdaal, no one in Belgium even knows it, but the atmosphere is really different if you’re big there, it’s like you never have press before your door or something. Everybody’s like “Ah, it’s Selah Sue. Okay. Bye”.

RN: So being a soul musician wasn’t exactly a part of your family line – how did they react when they saw how much attention you were getting with your music posts?

SS: Yeah, that was surprising. But at that time I was really busy. I was 17,18, still really struggling with myself so I was not focused even on the views I got. I was still “What do I want to do in life?” and I studied psychology. In mind I would become a psychologist and have a job from nine to five. It just struck me the moment when I had to make a decision, because the exams were at the same time as the festivals. And then when I chose music when I was about twenty, then I really focused on it.

RN: So do you find you’ve driven more by your intuition?

SS: Yeah, absolutely, extremely. All the decisions I make for, like, people to work with, my band or my people around me, or my manager – it’s all intuition that I go on. Until now it works out! 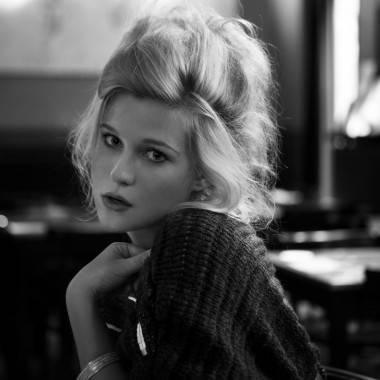 RN: I was reading your bio about how you began writing music by voicing your frustrations and anxieties in song form. Do you remember the first song you ever wrote? Does it still have elements of the music you write today?

SS: Yeah, it’s all about self-acceptance. And that was for me the hardest thing I ever had to do. For years I struggled through depression. That helped me out in a way and I still believe that was what my first album was about. But the second album is also about it! (laughs) It’s just a lifetime thing to deal with, and I think the most important thing in life is just to be who you are, have peace with you are, with the negative sides in life. I think it’s a subject I’m gonna keep on writing about.

RN: Seems like an unfair trade-off, pain for art. Do you have any tracks that were just particularly difficult to write because of the emotions attached to them?

RN: With more public and international exposure, has this made you more conscious or guarded in your writing?

SS: Yeah, that’s a difference. You know, English is not my native language obviously, and I can imagine if people in the States are listening and its grammatically doesn’t fit, that it fucks up the song. So I’m really busy with that as well. And that’s also because I used not all of my words in my first album, but my range of words is smaller than someone who speaks English, you know? So I need to read more English books to know better how to say some things and keep it interesting and smart.

RN: Did you ever think of making the album in your native tongue?

SS: No, never. No, no. Because the sound of my language, I mean I love to speak Flemish, nobody understands it and nobody speaks it in the world, but it’s just not so beautiful, honestly.

RN: And I guess paired with soul, you need the words to complement. Can we expect a new record from you shortly?

SS: The last four months I’ve been writing and the demos are finished, so it’s now probably recording at the end of the year and out next year right after summer.

RN: Great! Well looking forward to hearing it and we’ll catch you at the show tonight!