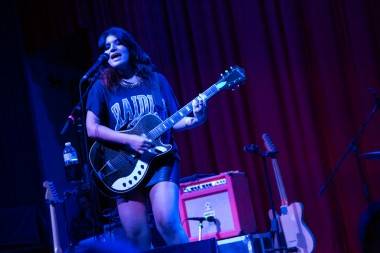 The summer wouldn’t have been complete without the sun-kissed tunes of Best Coast making its way to our shores – the doors of the Rio Theatre to be precise. The all-ages show brought in a mix of bright-eyed, twee-revival teenagers, and a more mature indie crowd that couldn’t wait to strip off their Monday work attire for the gritty garage and infectious sounds of front woman Bethany Cosentino and guitarist/songwriting counterpart Bobb Bruno. The duo could easily sit and bask in the success of their 2012 release The Only Place, but have been hard at work putting together an EP (titled Fade Away andÂ due in September) of their trademark surf-punk guitars matched with Cosentino’s agonizing spiels about relationships, and broken or unfulfilled dreams. 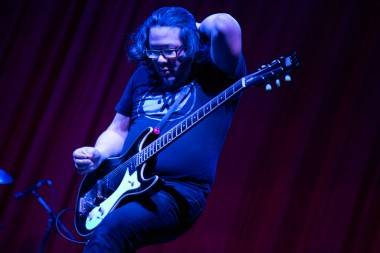