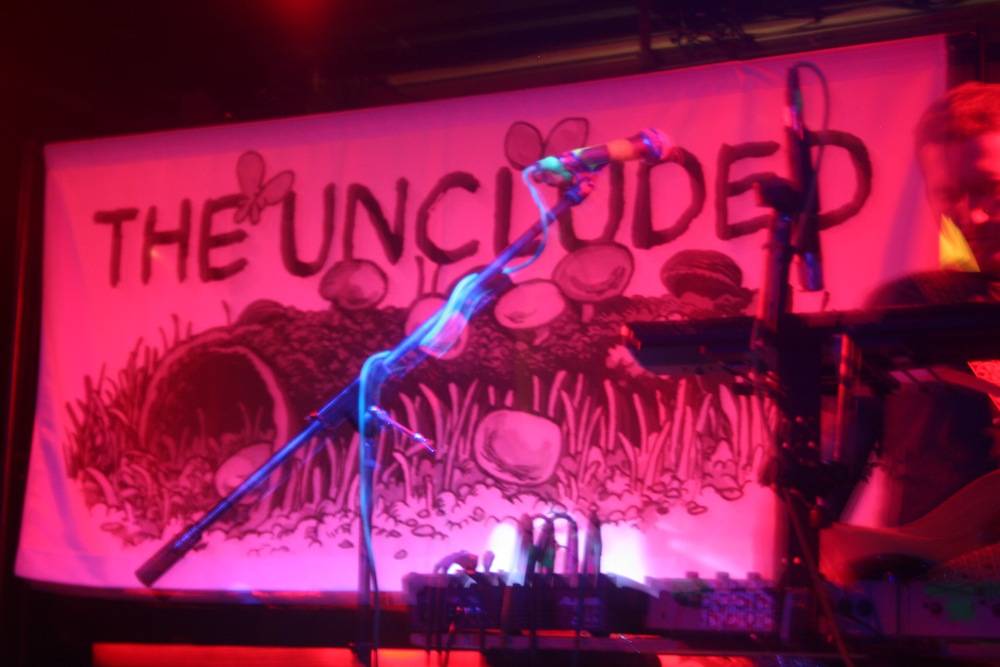 An unlikely collaboration between folk singer/songwriter and former Moldy PeachÂ Kimya DawsonÂ and underground hip-hop artist Aesop Rock, the duo formed last year after Rock wrote Dawson a fan letter. The result is The Uncluded, and a debut album, Hokey Fright, that is a seamless mix of folk and hip-hop.

Hokey Fright shares the artists’ insight on death and mortality – a subject both have dealt with in recent years. While the subject matter is deep, morbid and often vulgar, the tone is playful and childlike. As Rock explains, the concept behind their collaboration is essentially “two crazy people trying to figure out what the fuck’s going on everyday, while supplying no actual answers.”Â The group’s name, meanwhile, comes fromÂ Michael Bernard Loggins’ dictionary of made-up words,Â Imaginationally, and means “keeping things that you do not appreciate out of your life.”

Opening the show was Hamell on Trial, a one-man, acoustic, folk-punk act. His loud, fast guitar-playing and sharp tongue certainly roused the crowd, and prepared us for the not-yet familiar sound of folk hip-hop that was to come from The Uncluded.

By the time Rock and Dawson took the stage, with multi-instrumentalist James Lynch, a crowd of about 70 had formed.Â Opener “Earthquake” set a melodic, folky tone that contrasted well with Rock’s hip-hop verses, and pleased the range of fans in the crowd. The Uncluded followed with “Aquarium”, “Organs”, and “Alligator”, and didn’t spend too much time chatting up the crowd – though Dawson shared her problems of crossing the border earlier that morning, while Rock chirped in that Canadians are “friendly motherfuckers.”

Dawson played acoustic guitar for most of the songs, while Rock worked the loops and beats. Lynch contributed bass guitar, keys, ukulele and recorder. 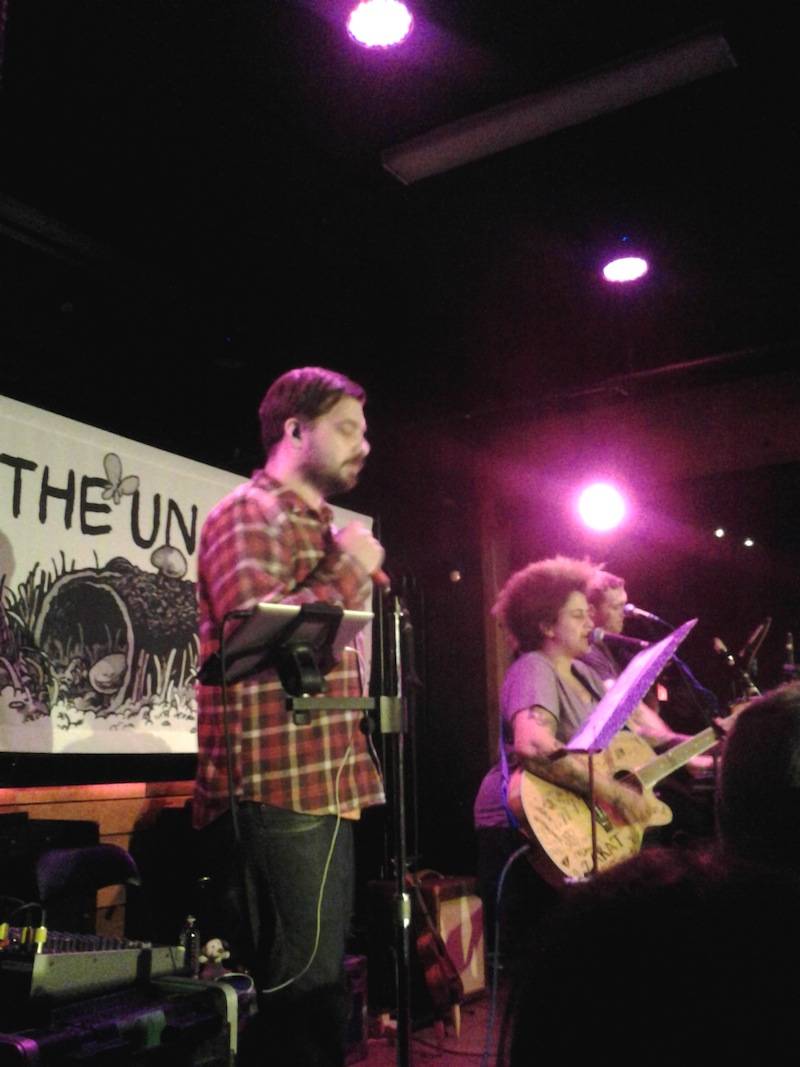 Despite feedback and monitor problems – which the band remarked upon several times during the show (provoking no useful reaction from the venue staff) – The Uncluded sounded great. Dawson’s soft folky vocals flowed well with Rock’s fast-paced, hard-hitting rap verses,Â creating sweet harmonies with their respective flows and tempos.

A few crowd favourites included “TV 10” – which, despite its catchy hip-hop beat, is a deeply personal song about young death – and “Superheroes” , a less-than-a-minute-long rap battle about sandwiches. “Delicate Cycle”, another single (along with “Earthquake”), also provoked excited acclamation from the crowd. The last song, “Tits Up” – one of their more high-energy, hip-hoppy tunes – ended their show on a fun, goofy tone.

Despite the technical glitches, the show brought the perfect amount of energy to the audience – whether they were followers of Aesop Rock, Kimya Dawson, or, after the hour-plus set, fans of The Uncluded. 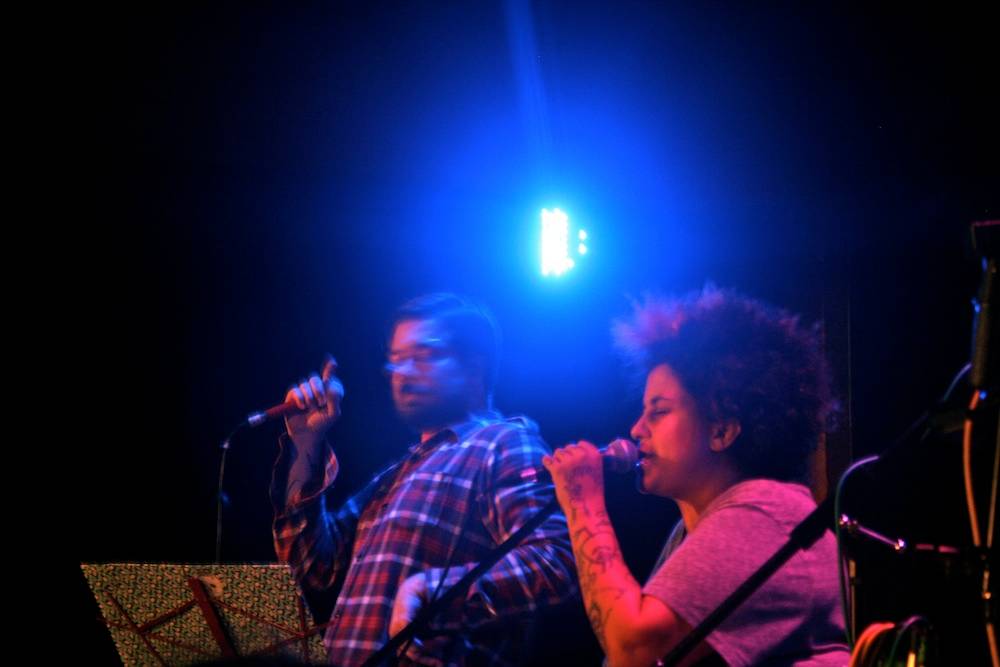 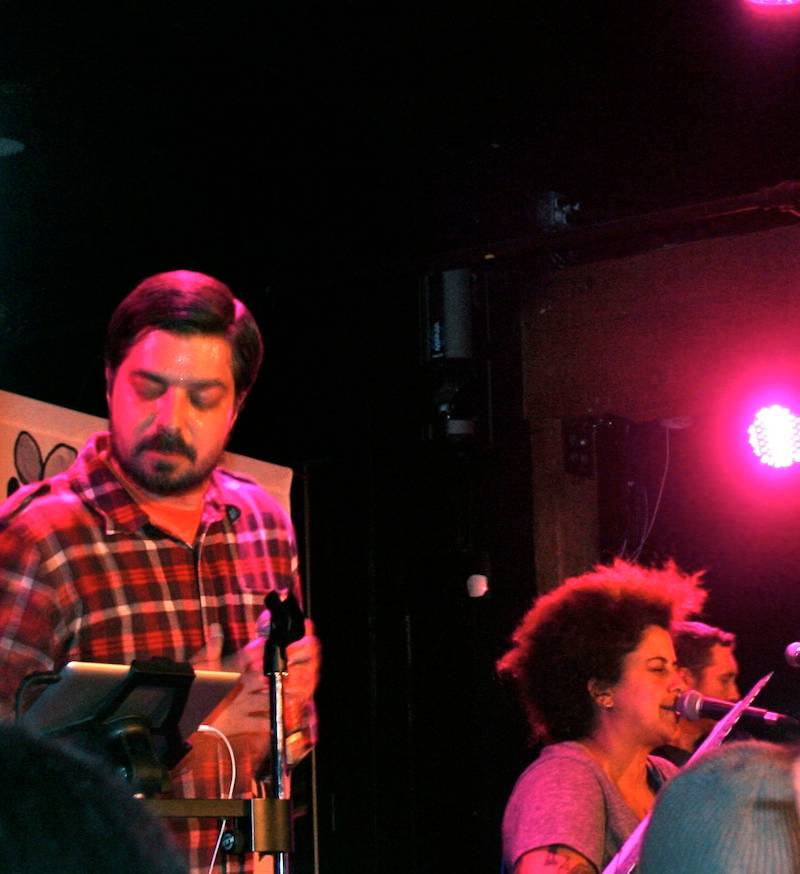 One response to “The Uncluded at Fortune Sound Club”