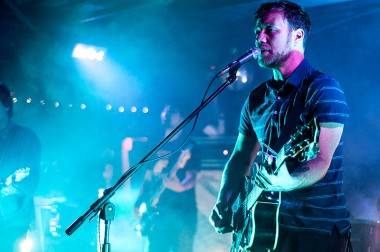 Rogue Wave in Vancouver Tuesday night towards the end of their tour in support of their new album, Nightingale Floors.

According to lead singer Zach Schwartz (aka Zach Rogue), the last time the Oakland band played Vancouver was in 2009 at Richard’s on Richards, prior to the release of the album Permalight. “I nearly got into a fistfight that night,” he recalled between songs.

The set was heavy on material from Nightingale Floors, including “Siren’s Song” and “College”. Critical reception of the album has been positive, with the Onion AV Club calling itÂ “… almost incredulously centered, informed with the kind of calm and clarity unexpected from a singer coping so immediately with loss.”

Hey Marseilles opened the show. Seattle-based orchestral-pop bandÂ is touring in support of their recent release,Â Lines We Trace. 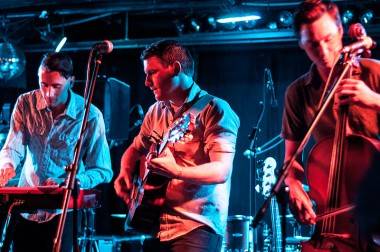