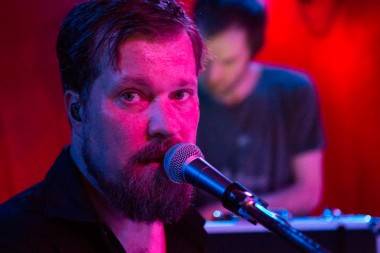 “It’s hard to imagine a more enjoyable and rewarding hour of music being released this year thanÂ Pale Green Ghosts: self-obsessed but completely compelling, profoundly discomforting but beautiful, lost in its own fathomless personal misery, but warm, funny and wise.” – The Guardian – 5 Stars (Album Of The Week)

“An album that, rather than juggling empty pop-song clichÃ©s, opts to expose the rawest emotional nerves: truth and beauty, rather than lies and blather.” – The Independent – 4 Stars (Album Of The Week)