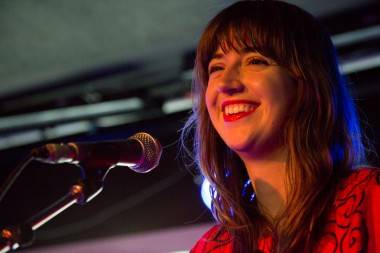 The band’s sophomore release,Â Kids In LA, follows the debut,Â The Heart of the Nightlife.Â Kids In LAÂ inverts that album’s thematic motif by exploring “the empty and slightly-haunted off-season of the vacation world,” as the press release puts it. “The glimmering parties and easy social experiences of the first album make way for the disquieting stillness and vacuous silences of abandoned beach chairs, covered pools, and peeling wallpaper.”

Kids In LAÂ was recorded over a year and a half and produced by Saint Etienne‘s Pete Wiggs and Tim Laracombe.

Kids in LAÂ is due out May 14 on Cascine.