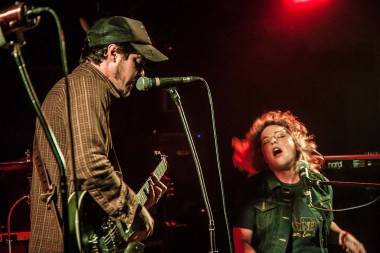 Hearst had performed as a solo artist for several years, while Trent had played in the groupÂ The Films. In 2012, the pair released their firstÂ album together as Shovels and Rope. The record, O’ Be Joyful, reached #123 on theÂ Billboard charts.