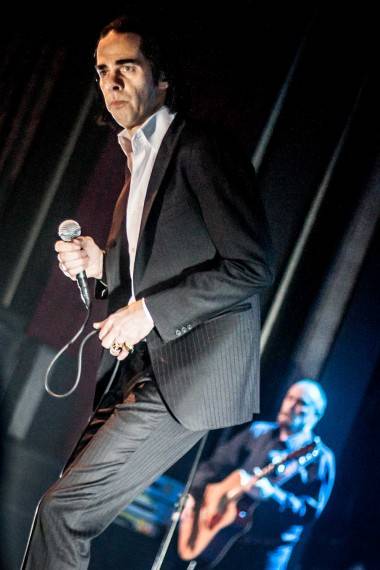 Debonair as ever, in a pristine suit and slicked-back hair, Cave was welcomed by an excitable, cheering crowd as he and the Bad Seeds launched straight into newest material from their latest albumÂ Push The Sky. The opening set of “We No Who U R”, “Jubilee Street” “Lovely Wide Eyes” and “Higgs Boson Blues” was met with a seeming familiarity among the crowd.

But the frontman wasn’t the only one igniting the room; the Bad Seeds played their part as well. Their movements and just sheer volume were a force to be reckoned with. Behind a menagerie of instruments,Â Warren Ellis struck some captivating and often demonic-looking poses. Dramatic shadows and atmospheric lighting added to to the wild and unearthly spectacle; Cave brought the lyrics of “Red Right Hand” to life under eerie red lights while spitting, “He’s a god, he’s a man, he’s a ghost, he’s a guru”. 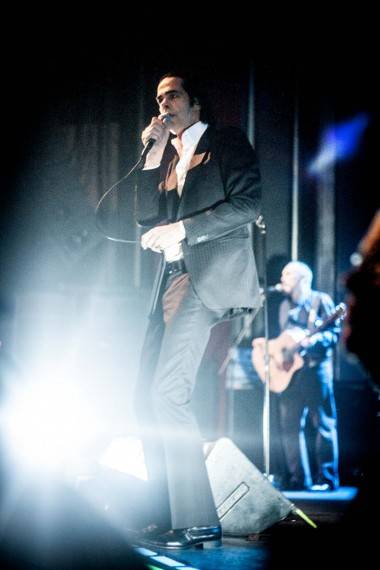 “Deanna, “Jack The Ripper”, “The Weeping Song” and “Stagger Lee” were met with the loudest applause. From harmonicas to necklacesÂ – and even one woman who jumped on stage to plant a kiss on the star’s lips – Cave was met with nothing but admiration.