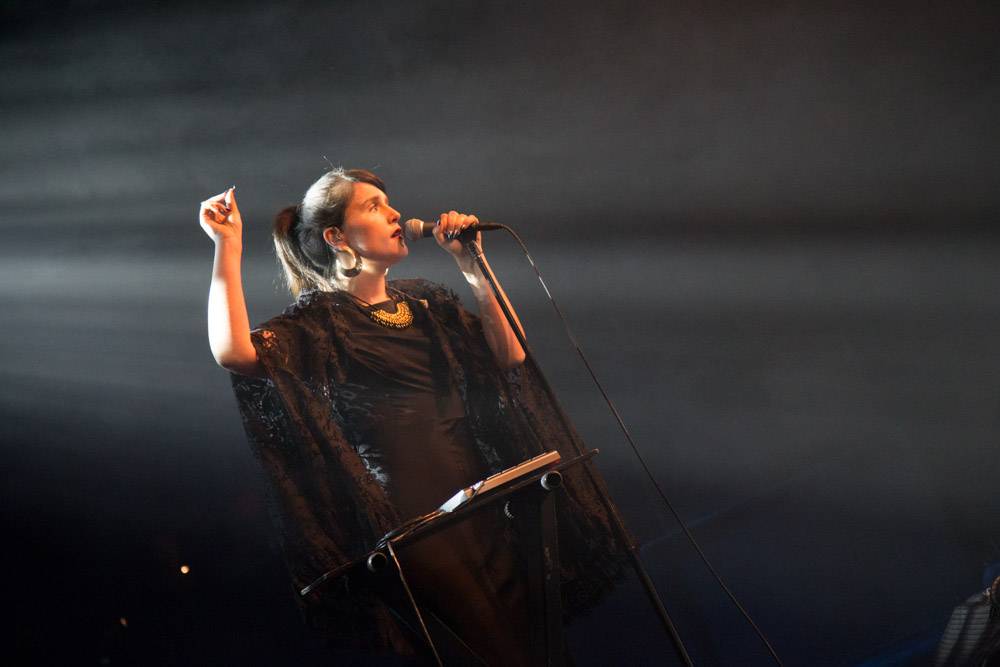 On the album, the UK singer/songwriter combines downtempo R ‘n B with British electronic music.

Ware’s initial claim to fame was singing on the track (which she wrote) “Nervous” with SBTRKT. SBTRKT is, in fact, an English guy who wears tribal masks.

Ware has also worked with several other UK pop stars, including Sampha and Joker. Devotion includes the singles “Strangest Feeling”, “110%” and “Wildest Moments”. The title of “110%” however had to be changed due to legal hassles over a sample from a track by a dead rapper, Big Pun. The song is now titled “If You’re Never Gonna Move”. It’s a better title anyway.

Reviewing Ware’s Vancouver show, Vivian Pencz in the Georgia Straight writes, “As she breezed through the ’80s-pop inspired ‘Night Light’ and the sweetly fluttery ‘If You’re Never Gonna Move’, the songbird’s almost nonstop banter would have been tiresome if she wasn’t so damn charming. Whether she was remarking on the cuteness of a couple in the audience or confessing to spending the previous night puking, her stage presence was refreshingly honest and down to earth.

“Referring to a particularly orgasmically enchanted, hands-in-the-air front-row, she quipped, ‘Vancouver, you are the loudest, touchiest crowd.'”