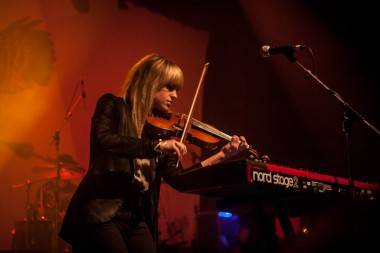 All At OnceÂ was supported with an unprecedented series of multi-venue five-night residencies in what a press release calls “the world’s three rock capitals” – London, Los Angeles, and New York.