This strip is a little bit of a departure from the straight Canadian music bio comics I’ve been doing of late. It’s inspired by an anecdote from a former co-worker who had the inside scoop from someone else who… anyway I heard about it at least thirdhand and obviously I took some liberties.

Click on top and bottom sections to see full size! 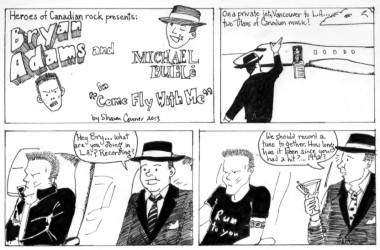 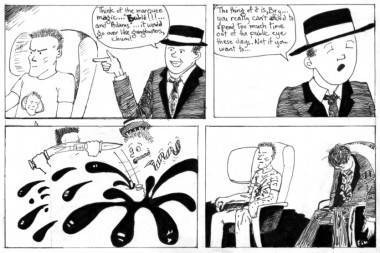 One response to “Bryan Adams vs Michael Buble!”