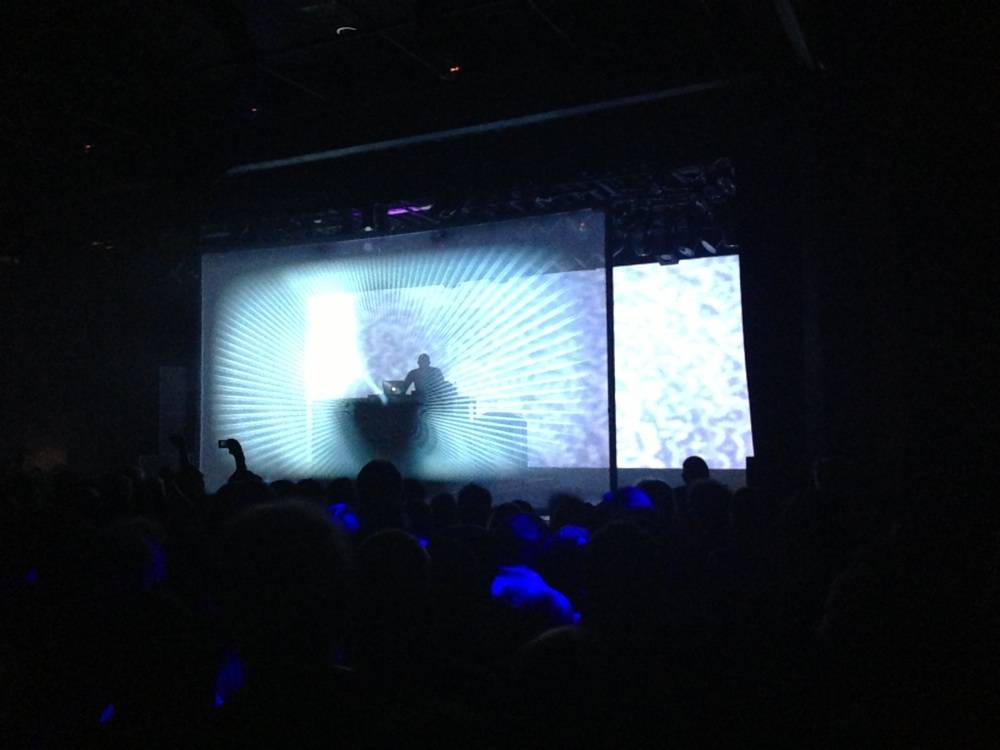 Originally slated for the smaller confines of Fortune Sound Club, FlyingÂ Lotus needed a bigger a venue to satisfy his surprisingly large Vancouver fanÂ base. On Monday, Oct 22, the Commodore Ballroom overflowed with a rowdy crowd eager to vibe out to the acclaimed producer/DJ’s upcoming performance.

Throughout the two-hour set, he played a selection of mixes from all of his albums, but theÂ majority came from 2010’s Cosmogramma, and his brand new release, Until theÂ Quiet Comes. He also played cuts from, among others,Â Casino, Jay-Z and Kanye, Portishead, and theÂ Beastie Boys. He even proclaimed MondayÂ night as “International Kendrick Lamar Day”, a nod to his Californian peer’s debutÂ album release, before leading the crowd through Lamar’s current hit, “SwimmingÂ Pools (Drank)”.

The show was also an incredible visual experience. EllisonÂ stood between two projection screens, one in front and another behind. From kaleidoscopic colors to three-dimensional geometric shapes, the light show felt like a glide through the blueprint of a futuristic spaceship. The shapes andÂ colors twisted and flipped with the rhythms of the music, accentuating the beats. Most of the night Flying Lotus appeared as a mere silhouette, but kept the crowd pumped withÂ enthusiastic head nodding and infectious dance moves.

After the crowd screamed for an encore, the DJÂ returned,Â took a giant swill from his second bottle of Jameson of the night, and played forÂ another 20 minutes. Then all three performers came out and thanked the crowd humblyÂ as they shook hands with the front row, ending a thrilling evening.