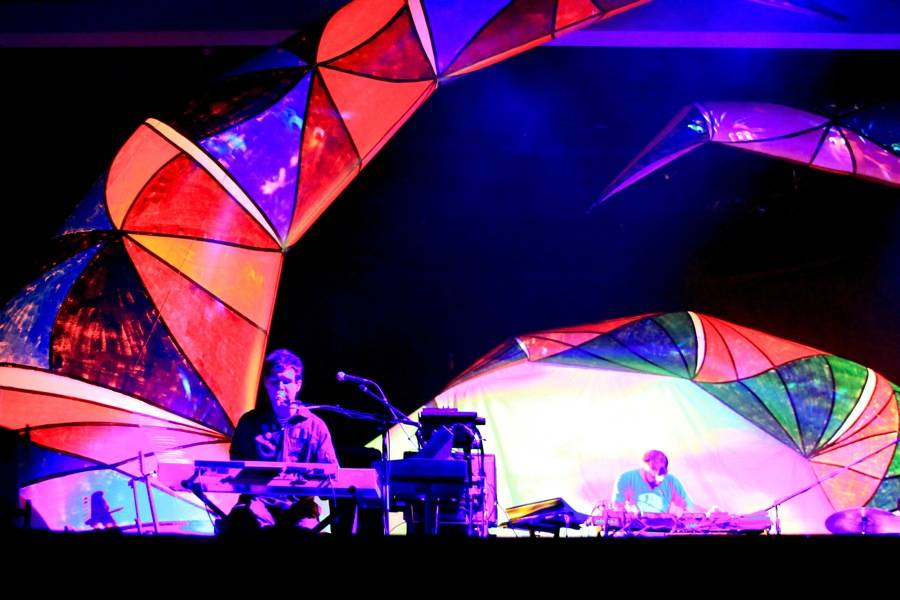 Deakin is back in the lineup for the currentÂ Animal Collective tour, which stopped in at Malkin Bowl last night. Deakin, who added guitar and extra percussion, was absent at the band’s previous Vancouver show at the Commodore Ballroom, three years ago.