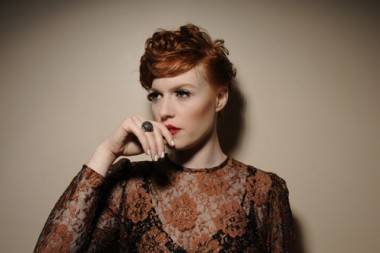 According to the press release, the songs on Crazy Is “shift in subject matter from a secret affair and tragic loss to the use of an illegal substance and the imagined loneliness of Marilyn Monroe.” The funding for the recording of the album came primarily through fans on theÂ website Kickstarter.com.

Crazy IsÂ tookÂ HaasÂ nearly two years to complete. Press release again: “The album was recorded in multiple studios throughout Nashville and New York to create the best sounds for each instrument, using more than 27 of some of the most renowned and Grammy award-winning musicians, who each, stylistically, bring elements of their respective genres to the record, resulting in a wildly original musical creation.”