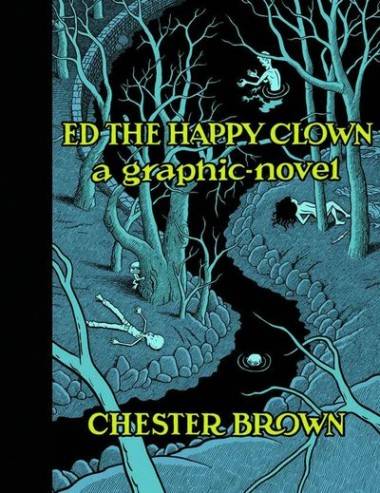 – Chester Brown’s first extended work (originally serialized in his comic Yummy Fur) is as weird, if not weirder, than I remember it.

– It’s illuminating to read Brown’s notes, which explain why he made the creative decisions he did. I always wondered why the book’s Ronald Reagan doesn’t look like Ronald Reagan; it’s because Brown originally drew him to look like Ed Broadbent, leader of the NDP at the time. (“I had initially intended to place a left-wing politician on Ed’s penis, specifically Ed Broadbent…,” Brown writes. “I decided that, even in Canada, Ed Broadbent was too obscure a figure.”) Note: Brian Mulroney (then-Prime Minister) looks like Robertson Davies, or maybe Peter Ustinov in Logan’s Run. 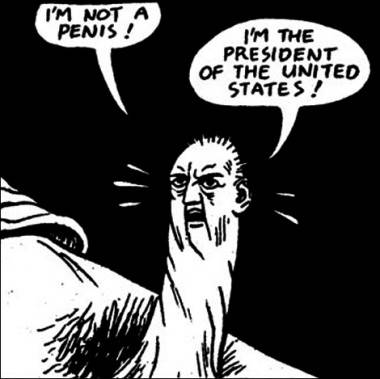 – Ed the Happy Clown is filled with sly humour, such as the parodic vampire killers Quincy and Quincy. “It’s been twenty-five years since we opened this business,” says one Quincy. “Not this again,” his twin brother (?) responds. Replies the first Quincy, “Just because in twenty five years we’ve never had a case you want to give up and froget the vow we made over our parents’ graves!”

– The story operates under its own strange moral code, if not theology; Brown explains the latter in the notes. But it all makes sense. Kind of.

– Brown (b. 1960) (self)-published the firstÂ Ed the Happy Clown mini-comic in 1983 and was still going strong when The Broom of the System, the first novelÂ byÂ David Foster Wallace (b. 1962), appeared. I’m not sure if there’s a connection between the two works thematically but both are very much of their time and similarly groundbreaking; both introduce artists who gleefully deconstruct familiar tropes and reassemble them into something wonderfully strange.

– Brown more or less sums up Ed the Happy Clown when he has one of the characters wonder “How to present a story which has mountains of feces, people crawling through anuses and a talking penis to a television audience.” 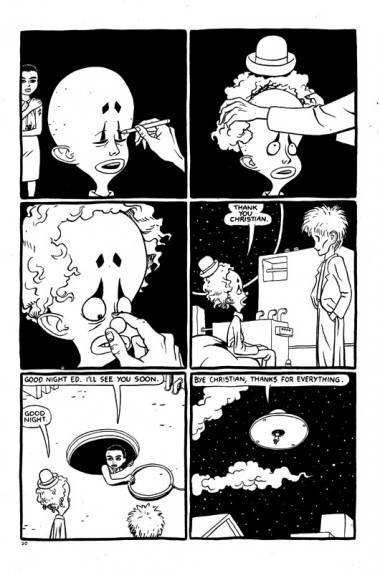