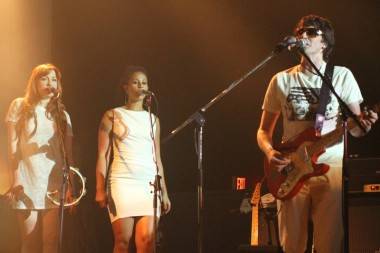 Spiritualized at the Rickshaw Theatre, Vancouver, May 26 2012. Robyn Hanson photo

Review – Spiritualized at the Rickshaw Theatre, Vancouver, May 26 2012

Jason Pierce has led his band Spiritualized to the mouth of a volcano (for their video “Out of Sight”) and to the top the CN tower (for a show). And with a rotating roster, the frontman has recorded groundbreaking post-psychedelic albums like Lazer Guided Melodies and Ladies and Gentleman We Are Floating In Space.

In comparison, last night’s show at Vancouver’s Rickshaw Theatre – the last of their North American tour – seemed a little safe. But then, Pierce has had a rough decade.

In 2005, a bout of double pneumonia saw the musical psychonaut hospitalized. While recording their latest LP, he also found out that he was plagued by a long-term liver disease due to nearly 22 years of drug use. His body paid the cost of “taking drugs for making music to take drugs to”, as Pierce himself once put it.

So it’s easy to understand why Spiritualized’s highly anticipated recent release Sweet Heart Sweet Light – the band’s first since 2008’s Songs in A & E – grasps for inner peace and salvation. Regarded as the least abstract and most straightforward album of their career,Â the album is nonetheless not devoid of thrashing shoe-gazey guitars, experiments with distortion, and hypnotizing basslines. 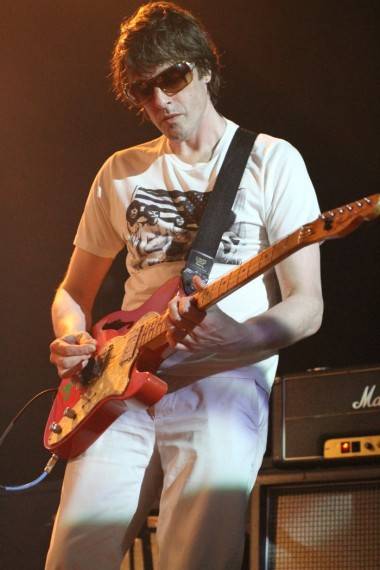 Jason Pierce with Spiritualized at the Rickshaw Theatre, May 26 2012. Robyn Hanson photo

Last night, a month of touring sometimes showed on the weary faces of the entire six-piece band. Pierce, though, kept hidden behind his trademark sunglasses and barely moved from his post for the entire show, though he did get down ‘n’ dirty when the occasion called for it, such as when it was time to send out dirty squalls of feedback from his guitar.

Pierce and his two voluptuous backup singers wore mostly white ensembles, the better to capture the play of the lighting effects. Visual distractions also came by way of images, many extraterrestrial, projected onto the back of the stage. 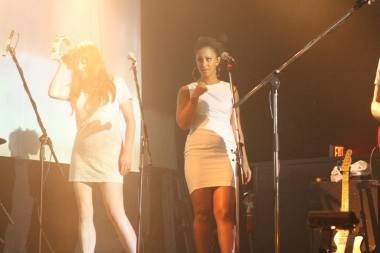 Laura Dickinson and Melanie Nyema with Spiritualized at the Rickshaw Theatre, May 26 2012. Robyn Hanson photo

Musically, Spiritualized served up their signature mind-altering sound a few times – in the instrumental middle section of “Hey Jane” and on 1995’s “Born Never Asked”, for instance. But it was neo-gospel songs that saw Pierce and company truly engage with the audience; perhaps, in songs like “Oh Baby” andÂ “So Long Pretty Things”,Â we felt we were finally getting a glimpse behind those omnipresent shades. 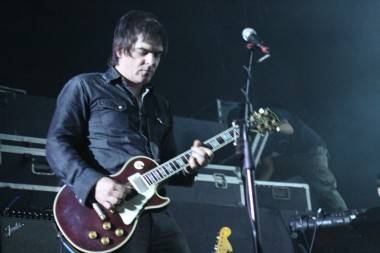 Opener Nikki Lane, on the other hand, hid in plain site. With a heavy drawl and jangly chords from her semi-hollow Telecaster, the South Carolina-born-and-raised singer/songwriter delivered earnest folk-country numbers, mostly concerning matters of the heart.Â Charming as well as a classic beauty, Lane spoke of her love for touring and hesitation about returning to a normal routine.

In her words, “Now I’m back to real life. That shit sucks”. No disagreements here.

Spiritualized at the Rickshaw Theatre May 26 2012 setlist: 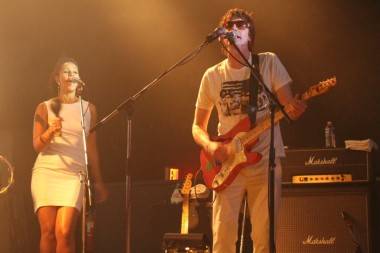 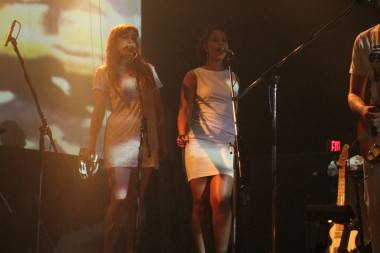 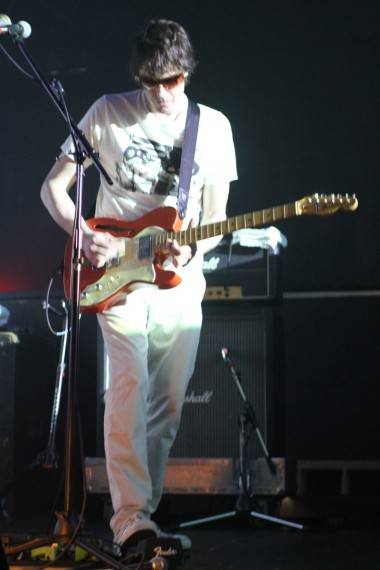 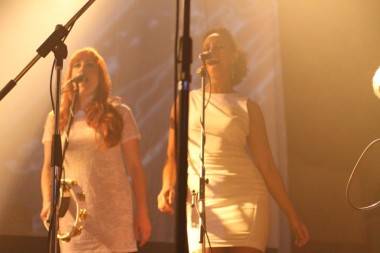 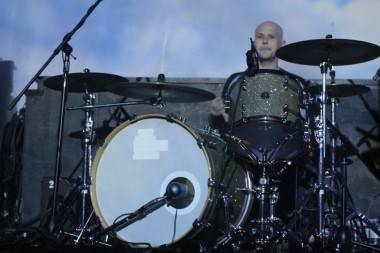 2 responses to “Spiritualized at the Rickshaw Theatre”