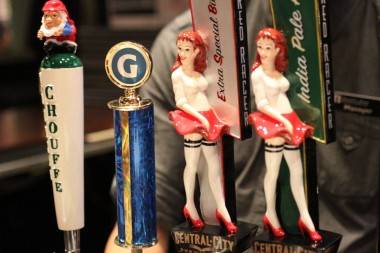 On Thursday, the last day of Vancouver Craft Beer Week events (besides the closing party), we finagled an invitation to Brothers in Hops at Smileys Public House. 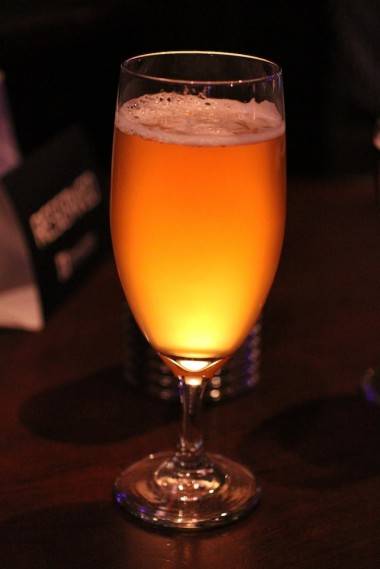 The brewers were scattered throughout the pub. We chatted briefly with With as well as Parallel 49 co-owner Anthony Frustagli; Frustagli said he found homebrewer With just under a year ago, but that Parallel 49 was “six years” in the making. The Parallel 49 crew had brought their IPL, an India Pale Lager, and the SeedSpitter Watermelon Wit.

We also chatted briefly with Trevor Kallies.Â The Bar & Beverage Director for the Donnelly Group, which owns Smileys, had staked out a spot near the bar and wasÂ overseeing a keg. He told us the beer he was pouring was a Northwest pale ale. made from Simcoe and Cascade hops and brewed byÂ Ryan Elliot, a bartender at Bimini, on W. 4th. 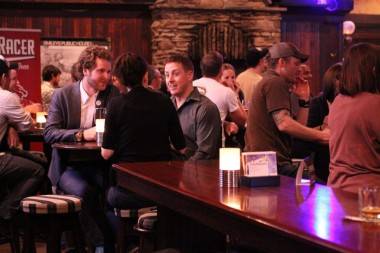 The event featured unlimited sampling and a few food morsels, which seemed like a pretty good deal for the ticket price of $35 (along with the exhorbitant ExTix extortion fees when ordering online). Bartenders were pouring full pint glasses though, so if you wanted to try all 12 or so beers on tap, you were best off ordering smaller portions, something we figured out after abandoning a few half-finished beers. 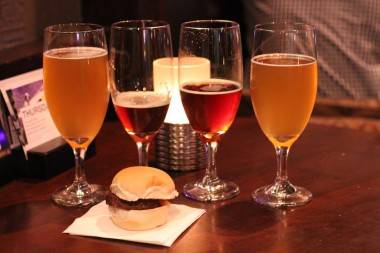 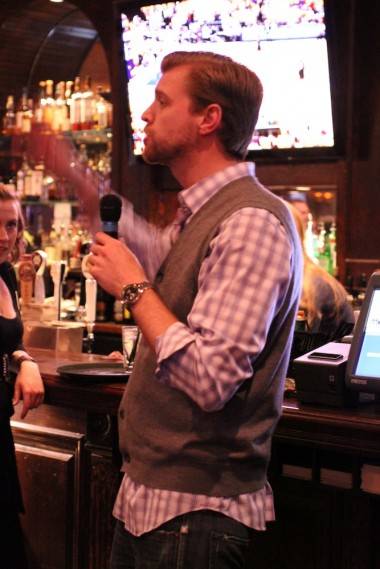 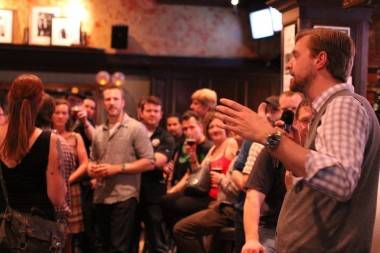