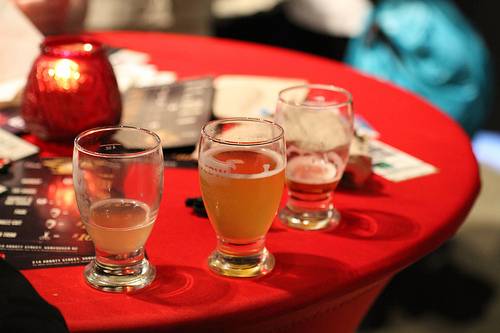 Kick out the hops motherf***ers!

Vancouver Craft Beer Week kicked off Friday evening, May 18 at the Roundhouse Community Centre in Yaletown. It’s the third year for the annual festival, which has grown to include over 60 breweries.

About half a dozen were in attendance at what was being billed as the “Opening Night Overture”, presented by Darby’s Public House & Liquor Store. A DJ played classic rock (if craft beer is the future, shouldn’t we have been made to dance toÂ Skrillex instead of Def Leppard?) while media and ticketbuyers made the rounds of representing breweries, including Elysian (Seattle), Russell (Surrey), Lighthouse (Victoria), Driftwood (Victoria), Red Truck (Vancouver), Howe Sound (Squamish) and Big River (Richmond). 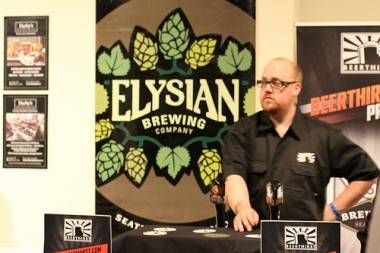 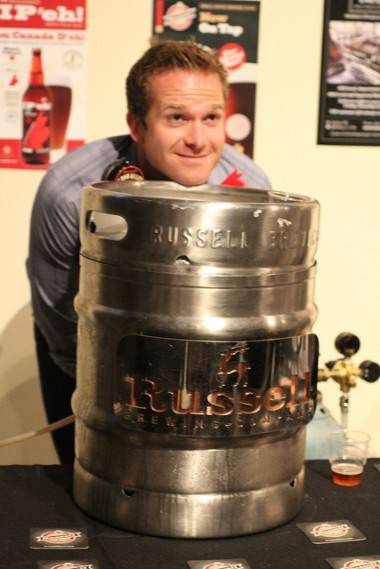 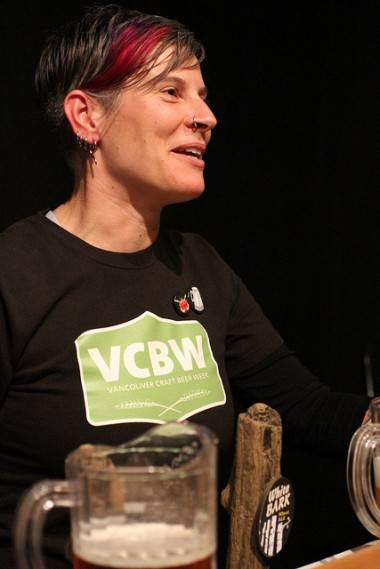 Biercraft Bistro, scene of the annual VCBW event Belgian Beer Showcase (on Monday May 21 this year at the Cambie location), was at the opening night event as well, although we got to their booth too late to sample the Maredsous. However we did nab a glass of the Liefmans fruit beer, which was much sweeter than Howe Sound Brewing’s very dry Four Way Fruit Ale.Â We needed the fruit ale as a temporary respite from the preponderance of IPAs and bitters.

At another station, the Irish Heather paired beer and wine (a Reisling) with appetizers to promote their May 23 Cicerone vs. Sommelier night (also sold-out). Nearby, another table was pouring beer cocktails, perhaps to promote Tuesday (May 22) night’s Battle of the Bartender Beer Cocktail Competition at Clough Club (212 Abbott Street). Representatives from CAMRA (Campaign for Real Ale) Vancouver handed out buttons; so did Yelp. 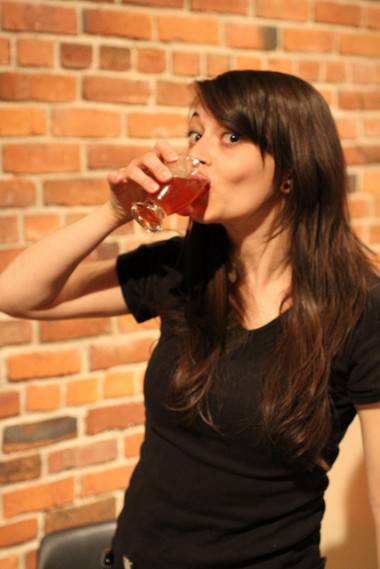 As well, many prizes were handed out during the raffle – if you bought tickets, you probably went home with something (I nabbed two Lighthouse Switchback glasses and a T-shirt, thanks to my sharp-eared girlfriend). 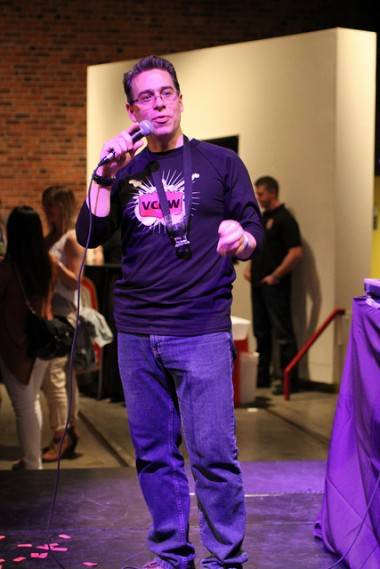 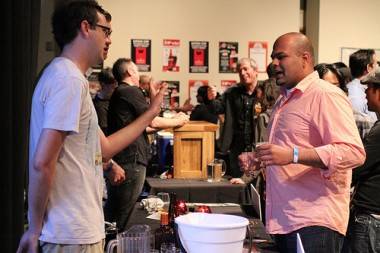 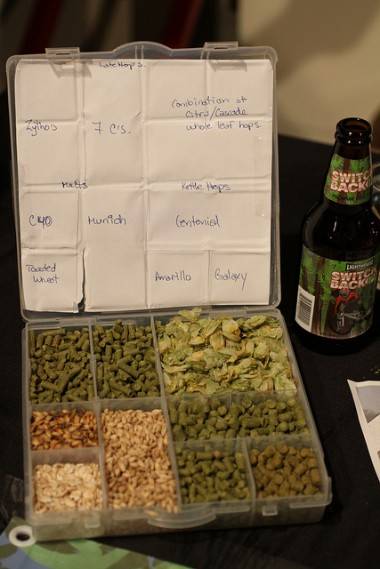 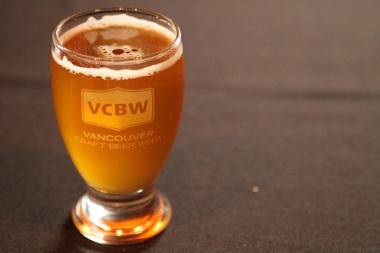 Beer – what it’s all about.