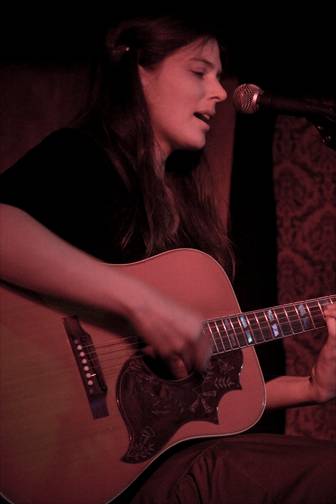 Shannon Stephens makes a rare Vancouver appearance this Sunday at the Railway Club. Unfortunately for the Seattle-based singer/songwriter, she’ll be up against the Vancouver Canucks, who are trying to win a game so they don’t get knocked out of the playoffs.

Stephens is up here to support her new album Pull It Together, out on Asthmatic Kitty on May 22. It’s her third album since returning to the music biz in 2009, after taking an eight-year maternity break.

Stephens’ association with Asthmatic Kitty label head/musician Sufjan Stevens goes back to their formative musical years in New York, where they were in a band together. Pull It Together includes a duet with Bonnie Prince Billy Â (Will Oldham), who has previously recorded Stephens’ song “I’ll Be Glad”.

The new album may be Stephens’ strongest to date – it mixes a new toughness with the vulnerability of her previous work. For her Vancouver show, she’ll be playing with her band, Shannon Stephens and Her Fabulous Friends. It won’t be necessary to miss the game – she’ll probably be playing after the last goal is scored. Also on the bill are Hunting, the Abramson Singers and Jody Glenham.

Check out a live version of “Care of You” from Pull It Together below.

Video – Shannon Stephens and Her Fabulous Friends, “Care of You” (CXCW):