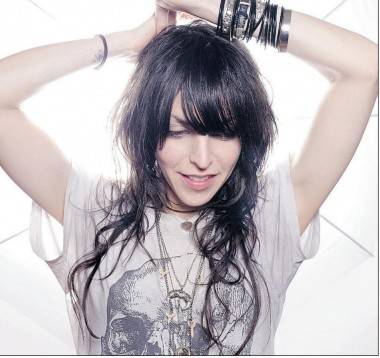 Preview – Dirty Ghosts at the Cobalt

Straight off a full schedule of six appearances at this year’s SXSW festival in Austin, TX, Dirty Ghosts are hitting the road on a nation-wide Canada/US tour to promote the launch of their debut (although five years in the making) album Metal Moon, co-produced by Aesop Rock. They hit the Cobalt this Saturday, April 7. The San Francisco band’s lead singer, Allyson Baker, has deep punk-rock roots here in the Great White North.

Growing up in Toronto, she had already made a name for herself playing guitar in several well-known (read “notorious”) punk and hardcore bands before making the move to San Fran 11 years ago. Dirty Ghosts has a sound best described as gritty rock riffs infused with new wave bass, ’60s funk and psychedelia, and sampled beats. Catch the grit and glitz of Dead Ghosts Saturday night at the Cobalt, 917 Main St. Doors at 9:00 p.m, $10.00 cover charge.