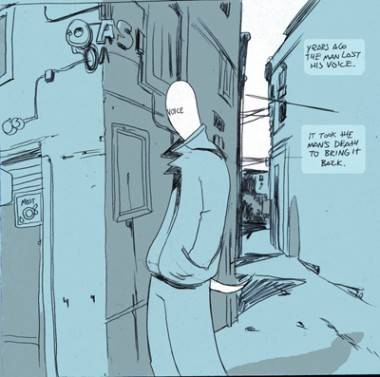 “A man loses his voice – his voice goes off to see the world. Years laterÂ the manÂ diesÂ and the voice thatÂ walks like a man hears the news and returns home. The VoiceÂ has to dealÂ with all theÂ personifications of the man’s doubts, secrets, and ideas thatÂ are left behind.