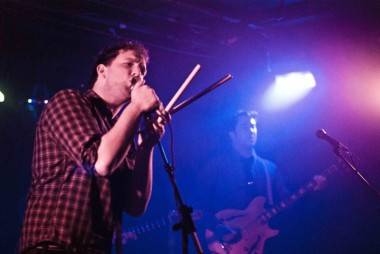 Review and photos–Caveman at the Biltmore Cabaret, Vancouver, April 20 2012

On the high-rung of music’s evolutionary ladder perchesÂ Caveman, an atmospheric indie-rock band from Brooklyn, New York. Formed in 2010 by a group of old friends, the vibrant five-piece quickly established a solid following due to some generous plugging from NPR, CMJ, and countless bloggers. 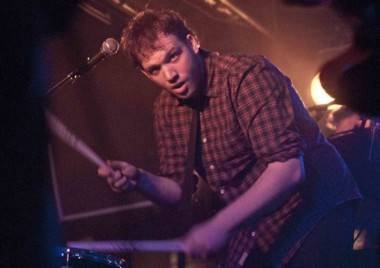 The coolheaded group went on to sing about life’s triumphs, trials, and tribulations on top of achingly beautiful melodies on tracks like “December 28th” and “My Time”. Heard live, the songs are far more confrontational and aggressive than the comparatively pristine sound and meditative mood of the record. The experimental transformation was not unlike Atlas Sound‘s performance at the Biltmore just a couple of months prior, when Bradford Cox transformed his 2011 albumÂ Parallax for a live audience.