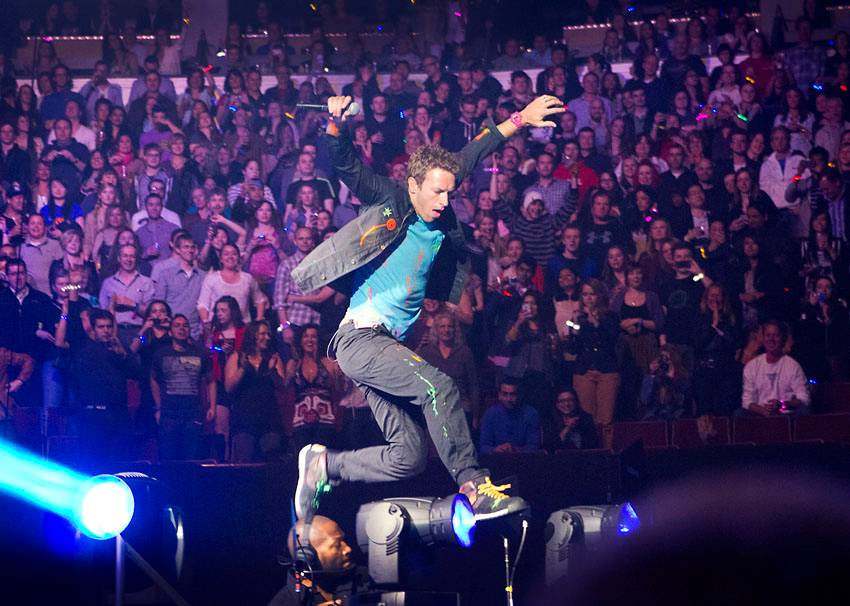 Just the other day, a friend told me what the best concert of his entire life was.

“Hands down, Coldplay,” he said.

I shamefully admit, the music snob in me wavered a little bit. This was not just because of my musical preference, but mostly because I knew the chance of me actually seeing them were slim to none.

Someone out there was tuning into my head. Because, suddenly, it’s April 20, 2012, and I’m being herded into Rogers Arena with over 18,000 other Coldplay fans for the first of two Vancouver shows.

Already warming the stage are fellow UK exports, Metronomy, a dreamy electro-rock squad mostly known for their killer remixes. Their smooth sound unabashedly filled every corner of the stadium but seemed suited more towards a more intimate venue.

Before long, neon dreamcatchers sweep our attention to the main attraction. Then,Â Rogers Arena turns into a light show spectacular that we are suddenly a part of; the wristlets we received at the start of the show are starting to rave on. Lights grow dark and our multicolored LEDs illuminate the stadium, and we become human pegs in a larger than life Lite Brite. (For a visual, recall the Coldplay and Rihanna at the Grammys.) 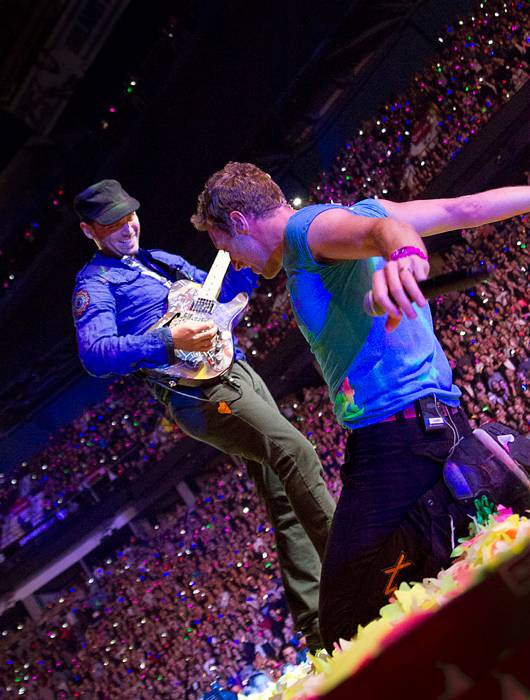 ‘Is everyone in Vancouver high right now?’

The sour-key shaped stage brought more Chris Martin and more confetti into my face than I could have ever hoped for. The quartet hashed out most of their Mylo Xyloto material at the start. Soon,Â it’s nothing but hits with the likes of “The Scientist” and “Violet Hill”. Halfway through the latter, Martin pauses to ask if it’s true that all of Vancouver is high right now. An affirmative roar from the stands reminds me that 1) it’s 4:20, and 2) don’t smoke pot on the floor of the Rogers Arena when you’re surrounded by 10 security guards. There goes your $200 ticket, you drunk idiot.

A day-glo piano emerges from the stage and it’s time for “Up in Flames” and “Princess of China”, the latter featuring Rihanna. Even though it’s just a video screen of the Bajan pop-princess, all is quickly forgiven as the band retreats and Martin grooves into “Warning Sign”. Lights low, we see Martin alone now, forehead to his piano keys. We’re all transported back to 2002 and if you’re in your mid-20s, you were in the halls of your high school listening to A Rush of Blood to the Head thinking, “oh hell yeah.” 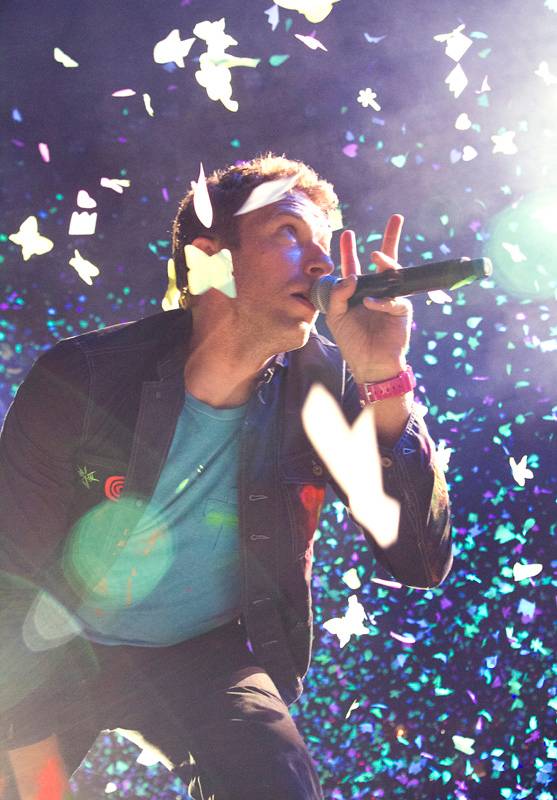 The beauty of Coldplay

The beautiful moment is shaken by the flash of an iPhone and we’re back to business. This is the beauty of a band like Coldplay. A father with his two daughters is twit-pic’ing beside me while bros down the aisle have their shirts off and shaking it up like it’s Game 7.

Lights trigger dance moves none of us thought we had and suddenly the music snob in you is singing all the lyrics to Viva La Vida at full volume in order to resuscitate Martin from a theatrical death, and you’ve never been happier at a concert.

The crowd-pleaser may have been the most recent single, “Paradise”, but Coldplay one-ups themselves by emerging for an encore in the seats of section 106. Running back to stage, they endÂ with “Clocks” and “Fix You”. This was a solid cap on an evening that left me a born-again Coldplay believer.