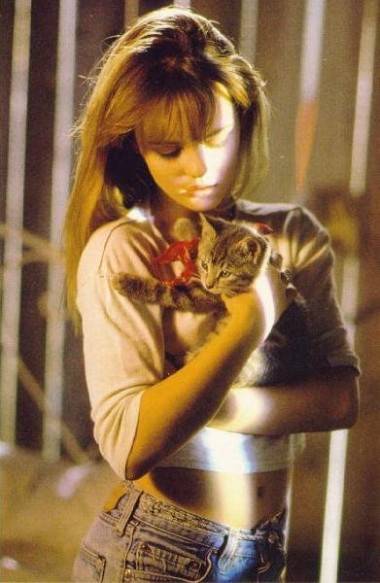 We were so impressed by Vanessa Paradis‘ performance in the movie CafÃ© de Flore (released last year and now available on DVD and VOD; read our interview with director Jean-Marc VallÃ©e) we’ve decided to post this video.

It’s from her 1988 debut album, M&J. Released when the gap-toothed French actress/singer/model was only 16, the album also featured the hit “Joe le Taxi”. Paradis would later go on to record an album (self-titled, 1992) with Lenny Kravitz. She is married to actor Johnny Depp.