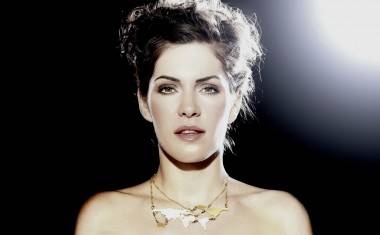 Chantel Upshaw, on the other hand, is a woman who does not lack personality or confidence. In fact, she has even created an alter ego by the name of Pouty Marlo to carry half the weight of her charisma. The picture of a classical Hollywood chanteuse in a fitted romper covered by a floor-length silk robe, her onstage image matched the old soul heard in her voice. Yet her lyrics, capturing the joys and pains of coming of age,Â speak to the twentysomething demographic. 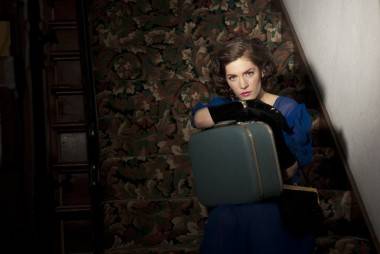 Unfortunately, her ballad “Passed Me By” fell flat with the audience, who seemed more absorbed in their conversations than the live music. However, “On the Outside” which mixed a sultry melody with an upbeat hip hop rhythm,Â was an instant hit and probably the best representation of what I’ll call her “New Glamour” style. The track brings to mind the contagious works of Michael Franti mixed with the popular appeal of American Idol‘sÂ Katharine McPhee. Personally, I’d be surprised if the song doesn’t become a commercial hit for this unique and alluring artist.