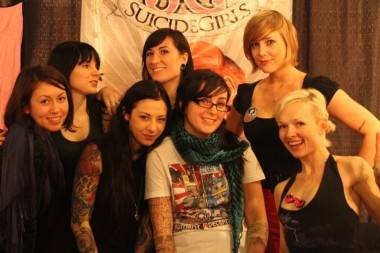 Wanna warm up this weekend (Jan 19-22)? I mean really heat things up? Check out the 11th annual Taboo Naughty But Nice Show taking place at the Vancouver Convention Center from Thurs – Sun. Sexy seminars, sassy fashion shows, sultry pole dancing competitions, and even a dungeon are just a few of the steamy things that go on at Taboo… But *shhhhh, we don’t want to reveal too much! Here are a few juicy tidbits though…

Every year, the show incorporates new seminars and new entertainment, and this year is no exception. The 2012 show features a special guest appearance by five-time AVN Award- winning adult film star Monique Alexander, who will be signing autographs and selling DVDs Friday through Sunday. You can even have your pic taken with the blonde bombshell courtesy of Pin-Up Perfection Photography. 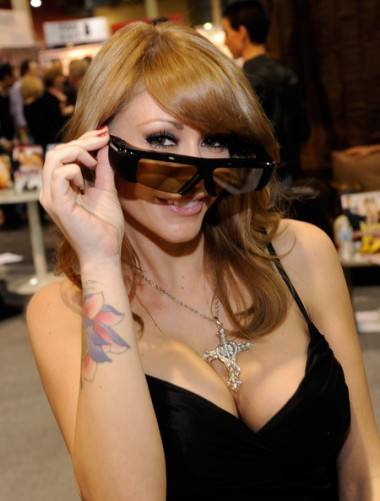 Monique Alexander at the 2011 AVN Awards.

There is a titillating new host this year, Master Sarah Moanies, Mistress of the Stage, and a special appearance by Burgundy Brixx, producer of Vancouver’s weekly Kitty Nights burlesque revue. Also new to this year’s show is Misty Greer, who will showcase Trunkshow by Misty Greer, her collection of retro, high-glam statement pieces for the everyday showgirl. The Vancouver designer told us, “Fashion should be like a good striptease, slow, deliberate, and captivating”. 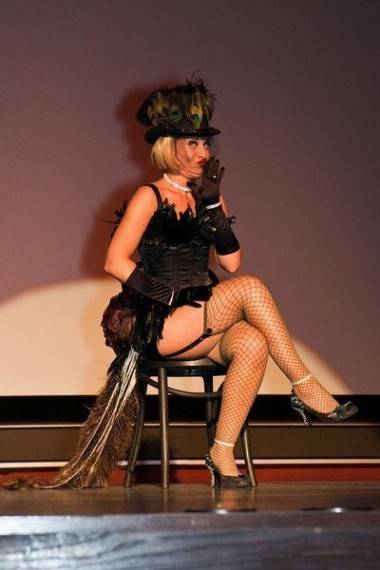 There will be some old friends too – among the returning performers and events are Stiletto Storm and a Miss Pole Dance Taboo competition hosted by Tantra Fitness. Another must-see is the dungeon, which features live demonstrations from Noir Fetish Ball, Sin City Fetish Night, Vancouver Underground, and Metro Vancouver Kink.

And, as usual, there are dozens of booths featuring not only clothing (think corsets, lingerie and shoes) but tattoo artists and body painters, and of course lube, toys and latex. 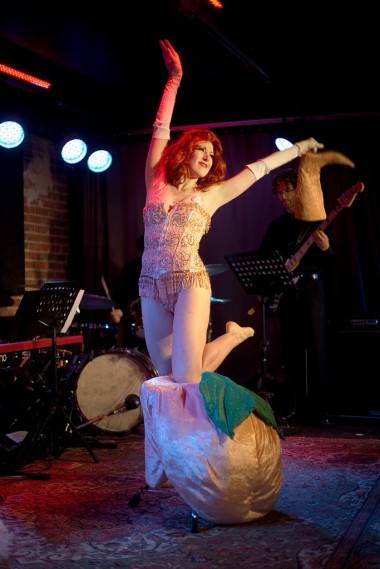 According to organizers, the show has grown in leaps and bounds over the past years, and has managed to shake the stigma of a raunchy red-light show to attract a vast and diverse crowd of attendees from all walks of life. With 130+ exhibitors, there is something for everyone, no matter what your lifestyle, as well as contests, door prizes, and more. To top it all off, the weekend grand prize is an all-inclusive trip for 2 to Cancun courtesy of Sunwing and Temptation Resorts Spa. As if the weekend could get any hotter…

Hours of the Taboo Naughty… But Nice Show are:

Tickets are $20.00 at the door, or receive $5.00 off when purchasing tickets online. To buy tickets and for more info, go to www.tabooshow.com