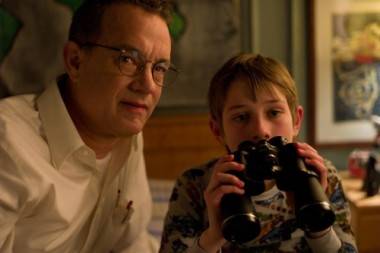 Extremely Loud and Incredibly Close is one of the 10 Best Picture nominees at this year’s Academy Awards. If the idea of seeing it just so you can feel more knowledgeable and informed in front of your friend on Oscar night appeals to you, feel free to leave a comment below. We have five double-passes to give away to the first five commenters. The passes are good for the entire run of engagement.

At first glance, the trailer for Best Picture Oscar nominee Extremely Loud and Incredibly Close holds some hint of promise (despite the inclusion of U2‘s “Where the Streets Have No Name”).

Based on Jonathan Safran Foer‘s novel of the same name, the premise involves a young boy named Oskar Schell (Thomas Horn) having a “coming-of-age” moment following the death of his father (Tom Hanks), who perished on 9/11. Convinced he can find some sort of peaceÂ  fromÂ  uncovering the truth behind a mysterious key left behind by his father, Oskar ventures on a strange (if not entirely ill-advised) quest through the five boroughs of New York City in an attempt to unlock his own Oprah-esque “a-ha moment.”

Director Stephen Daldry, who had great success directing one of the best turns from a child actor of late (the astoundingly nimble Jaime Bell in 2000’s Billy Elliott), possesses a solid cinematic resume that also includes The Reader and The Hours. As it happens, Daldry enjoyed Director’s Achievement Oscar nods for each of these three films. 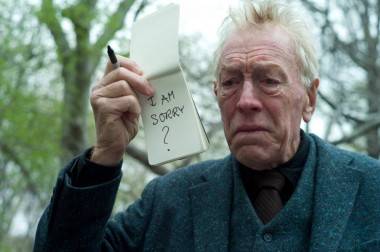 Max von Sydow in his Best-Supporting Actor-nominated performance as The Renter in Stephen Daldry's "Extremely Loud and Incredibly Close."

Part of what made the viewing experience so fascinating to me was how its complete and utter cinematic failure fell so squarely on the poor shoulders of young Thomas Horn. Yes, the film’s pace was far too slow in the first half and many scenes could have been cut out entirely. Yes, certain characters and relationships ought to have been fleshed out more in the interest of creating something worth caring about. Yes, films of this nature can often be precious and twee, overly sentimental and emotionally manipulative (that’s not always a bad thing; sometimes my uterus absolutely demands them). 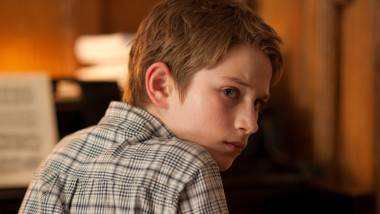 By the film’s mid-way point I found my mind wandering, thinking about performances from child actors that have resonated with me and wondering if or how they might have saved the character of Oskar with their talents.

I thought of young David Rauchenberger, whose chillingly banal portrayal of a boy secreted away in the basement of a sexual predator for five months in the Austrian film Michael still bothers me months after seeing it at VIFF. Elijah Wood had some wonderful moments in Radio Flyer and Avalon. Justin Henry‘s performance as a child caught in a custody battle in Kramer vs. Kramer was outstanding, as was Christian Bale‘s turn in Steven Spielberg‘s Empire of the Sun.

Spielberg is famous for coaxing thrilling performances from children, and E.T. would not have been the movie it was if Henry Thomas had not been cast. The same could be said of Haley Joel Osment, whose performance as a supernaturally savvy child in The Sixth Sense earned him an Oscar nomination. 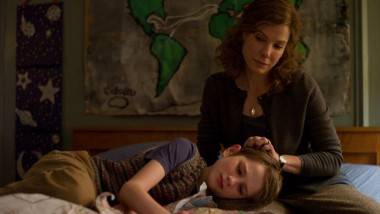 The sadness surrounding a child dealing with premature parental death, Bullock’s tears, a sub-plot involving the mysteriously mute von Sydow and a half-dozen harried and telling voice mail messages left by Oskar’s father as he prepares to die in the Twin Towers did nothing to leave me with any hint of empathy for or interest in Oskar. Rather, I found myself loathing him.

Oskar is a privileged Upper-West Sider who simultaneously exhibits borderline Asperger traits yet manages to wallow in the depths of emotional melodrama. For a child who is presented as some sort of quasi-genius, regularly imbuing his speech with a poetic license and headiness stolen from someone far beyond his own years, his lack of self-awareness is astounding. As such, the character rang false. (Or, loathsome.) 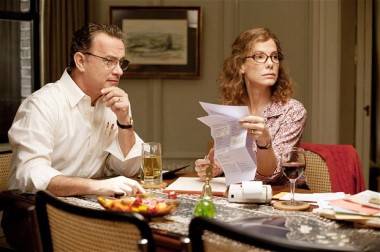 I have tried to re-direct my anger at this child’s awkward performance towards Daldry. He is the adult, after all. Horn is definitely able to emote and has a precious few interesting moments, but overall his Oskar is fraught with deep flaws and fatal inconsistencies to the point of being wholly fraudulent. He had to have been directed to do that… right?

To be clear, Horn’s performance is by no means the only problem with Extremely Loud and Incredibly Close. It is, however, the most glaring.