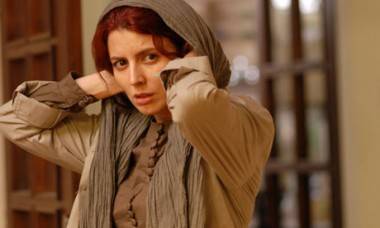 Musings from the 2011 film notebook

While I would normally relish the opportunity to cap off my first year of contributions to The Snipe with a 10-best list for readers to contemplate, debate, and subsequently ignore, I became a father for the first time early in November of 2010, and thus, have seen only a smattering of the new releases I normally would.

I am as passionate as ever about the movies, though, so I was able to cobble together a quick list of films worth seeing from 2011 as well as years past.

And while it seems counterproductive to begin a celebration of film with a eulogy of sorts, it does feel appropriate. As a Vancouver writer and filmmaker it is important to note that we lost an critical vessel for the local film community this year – a stop that all would-be producers, directors, actors, as well as movie lovers found mandatory on their journey towards complete and utter film immersion.

Videomatica, a staple of film distribution here in Vancouver that sprung to life in 1983, housed the finest and deepest collection of films in town. Like hundreds of other video stores across North America, the venerable West Side institution – unable to compete with the game-changing online and digital distribution models of home movie-viewing – closed its doors this year for good.

I can remember vividly my first sojourn into the store. I was looking for The Thin Man, a ’30s detective comedy starring William Powell and Myrna Loy, for a first year university course. After some quick, and somewhat lackluster, research, I realized Videomatica would be my best, and at the time, possibly only, opportunity to obtain a VHS copy of the classic. 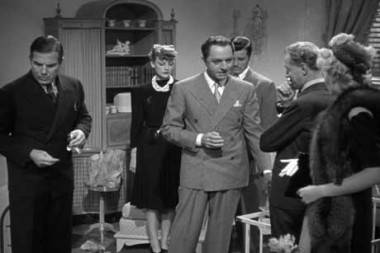 Upon strolling past the store’s signature cardboard cutout of a silhouetted Alfred Hitchcock, and entering the slightly musty rows of VHS boxes, I experienced that comforting, at-home feeling that all movie addicts experienced when walking through their doors.

So here’s to a movie lover’s paradise that took myself and countless others away from the realities of daily life, and helped lead us to masterpieces by the likes of Chabrol, Pekinpah, Visconti, and many more.

Iranian film best of the year?

– The plaudits continue to roll in for A Separation. the Iranian film is being touted as not only the best film from this past year, but perhaps the best in recent memory. The drama centers on a couple who must choose between leaving their country for the betterment of their child, or staying to care for a sick and fast deteriorating parent.

Of the movies I did see this year, my favourites were:

Beginners – Mike Mills’ wonderful tale of a man (Ewan McGregor) who attempts to find love and happiness despite his dysfunction and that of his family.

Certified Copy – Abbas Kiarostami’s always haunting camera turns its lens on Juliette Binoche and William Shimell as two people, possibly strangers, possibly a longtime married couple, who spend an afternoon in Tuscany on a quest to understand authenticity in art and in life. Think Before Sunrise for adults.

The Tree of Life – Director Terrence Malick returns to tackle nothing short of existence itself, as we watch a boy struggle first with his father at home in his daily life, and then struggle further as an adult to understand the meaning and purpose of faith.

Trailer – The Tree of Life:

Uncle Boonme Who Can Recall His Past Lives – Apichatpong Weerasethakul, or “Joe” as he suggests we refer to him, paints an intricate portrait of Uncle Boonme through the character’s present-day struggles with kidney failure and his past lives. Challenging, bizarre, and often difficult, the film will leave you questioning what you have just done with your time – and not in the Adam Sandler/Jack and Jill kind of way. (Author’s note: This film may have been released in Canada last year technically, I’m not certain, but I saw it this year.)

Trailer – Uncle Boonme Who Can Recall His Past Lives:

These are some older film I saw for the first time in 2011, that I think are worth a look (in descending chronological order):

And the winners are…

My choices for the best in my own set of categories:

Best dramatic performance seen in 2011: Michael Lonsdale in Of Gods and Men

Best comedic performance seen in 2011: Rob Brydon and Steve Coogan in The Trip

Best performance based on legendary stereotype: Corey Stoll as Ernest Hemingway in Midnight in Paris

Best film with the most ludicrous premise: Source Code

Best public meltdown: Lars von Trier – Stirring controversy seems to be a yearly tradition for the director. At this year’s Cannes presser for Melancholia he claimed sympathy for Hitler, after which he was banned from the festival for life, then stated he would never grant an interview again. You go, Lars!

On the 2011 festival circuit