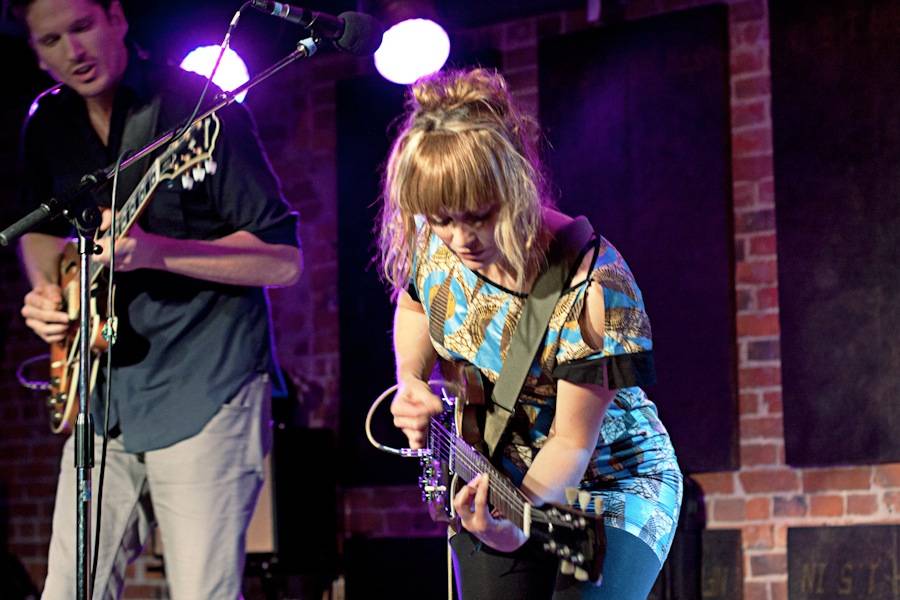 Montreal has become known as a breeding ground for some of the most progressive Indie acts of the past decade – your basic short list includes Arcade Fire, Wolf Parade, The Stills and Stars.

Little Scream and supporting band Barr Brothers come straight from the belly of this artistic haven, bearing the experimental and daring spirit of their predecessors. Both groups crossed the country and landed at Electric Owl for the first stop of their North American tour, promoting their respective debut records.

Barr Brothers have piqued the interest of guitar geeks for their inventive use of their stringed instruments. Guitar World recently ran an article on frontman Brad Barr‘s unique tacklebox guitar and the radically different timbre it provides from your standard electric axe.

Last night’s audience was able to witness the band’s non-traditional methods first-hand within the opening bars of their calm and earthy set. Barr created a deep and slurring sound from his guitar through a string bow technique, playing off the chiming sounds of Sarah Page‘s harp. The two later challenged each other with classical solos on the virtuosic number “If You Leave”. 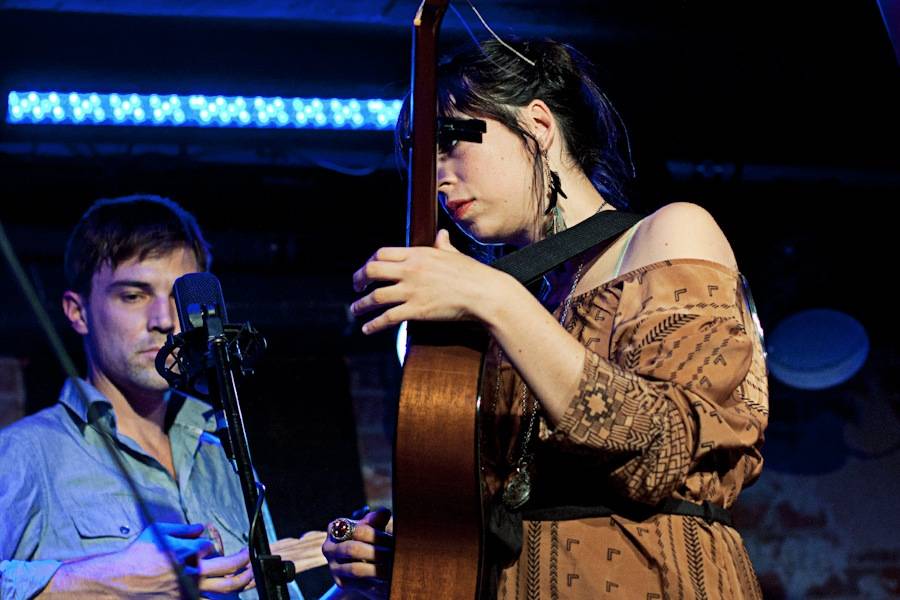 The scruffy and preppy band seemed fully absorbed in creating layers of harmonics and cascading melodies, which made them seem closed off from their listeners. Their stage presence began a little stiff, but as they reached the peppier and more bluesy numbers from their self-titled LP (“Give the Devil Back His Heart” is a standout on the record), a change came over the reserved band.

Suddenly, their inhibitions seemed to fade and they appeared more confident and accessible. The relaxed crowd appreciated the fresh band’s strong finish, doling out supportive yelps and cheers as they exited the stage.

Headliner Little Scream (stage name for Laurel Sprengelmeyer) must have done her warm-ups backstage, as she was ready and rearing to go with “The Lamb” as soon as the curtains opened. Digging into her Gibson SG standard while simultaneously cradling a mini-keyboard between her chin and shoulder, all the while singing into an effects box, Little Scream could have sounded like a frazzled mess.

But she delivered the exact opposite. Her breathy voice was pitch perfect and controlled, the guitars swooping and solid, and the keys a tasteful embellishment to her lush and haunting sound (similar to multi-instrumentalists and songwriters Julianna Barwick and Wye Oak).

Tracks from her first release The Golden Record give nods to chamber music, art-rock and ’60s folk, such as the instant crowd-pleaser “People is Place”. As a whole, the set was eclectic and interesting, but some of the songs started to bleed into the next, making them barely distinguishable. That being said, It’s fantastic to see a young artist find her comfort zone early in her career.

One response to “Little Scream at Electric Owl”