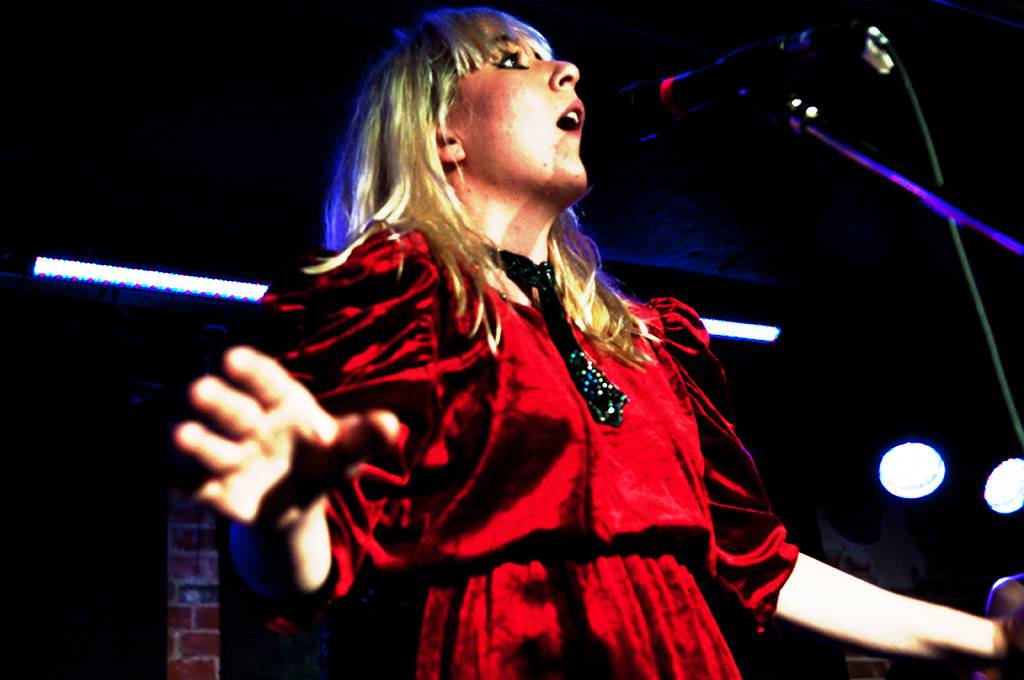 Austra kicked off their cross-Canada tour with a sold-out show at Vancouver’s Electric Owl, with openers Young Galaxy and Tasseomancy.

One of the hottest tickets in town, this gig could have easily been considered a double-bill shared between Polaris Prize alumni: Austra (album Feel it Break on this year’s shortlist) and Young Galaxy (2010’s Invisible Republic and 2011’s Â Shapeshifting both making the longlist).

Toronto-based Tasseomancy kicked things off with a short-but-sweet if not bizarre set. Fronted by the charismatic twin sisters Romy and Sari Lightman (on vocals, guitar and mandolin), and supported by an unnamed synth player, the trio played some drawn-out, amorphous songs with a strong storytelling element that conjured up memories of Bat for Lashes and ’70s prog-rock. [More Tasseomancy photos.] 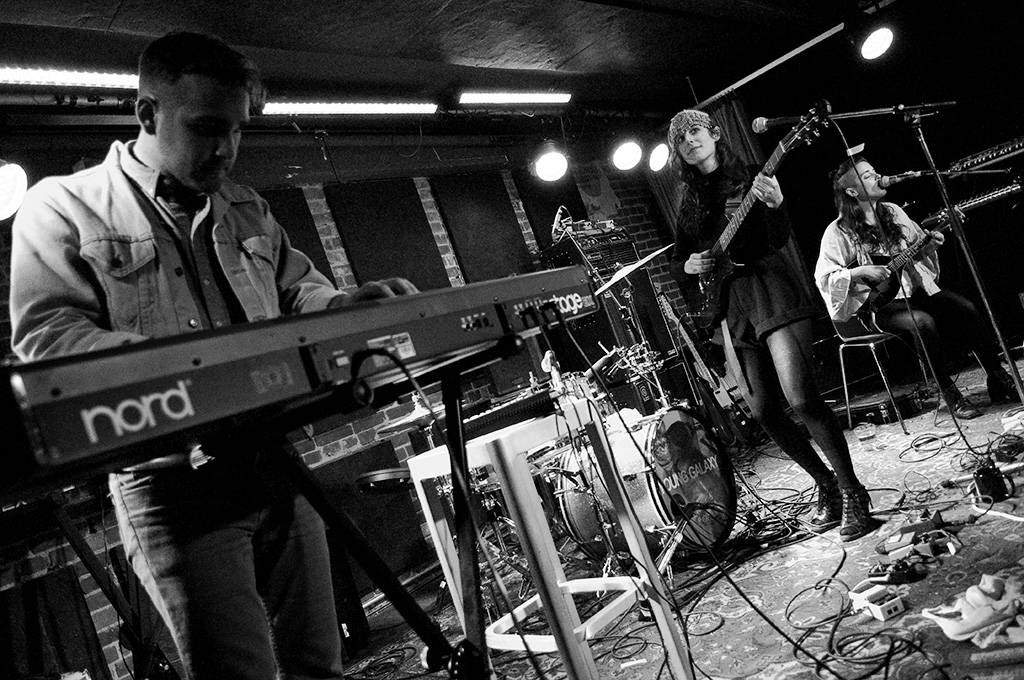 After a brief intermission, the stage curtains parted to revealÂ Young Galaxy, looking slick and somewhat luminescent in matching white. The quintet launched straight into “Blown Minded” off 2011’s Shapeshifting, and continued to play their more recent tracks, including the hypnotizing single “Peripheral Visionaries”.

Commanding the stage with her presence and exuding strength with her vocals, Catherine McCandless was captivating. Even the more mellow, subdued songs such as “Cover Your Tracks” had the crowd grooving along. Young Galaxy ended their set on the infectious and uplifting “We Have Everything” (which is currently up for Best Song of the Year on CBC Radio 3).

Although Young Galaxy could easily have continued (I was still hoping to hear “The Buzz in My Flesh” and “Firestruck”), they packed a punch in their relatively short timeframe, and convinced newbies that they just may be the band to watch for, and whetting our appetite for when they come back, hopefully next time as headliners. [More Young Galaxy photos.] 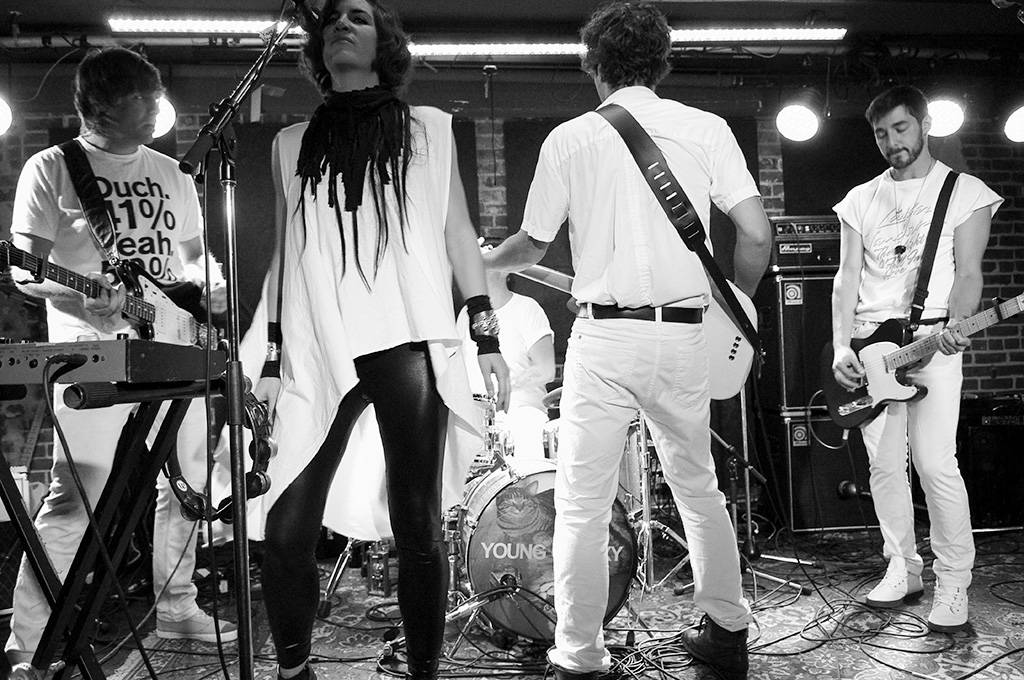 Despite the love for Young Galaxy, the majority of the audience was clearly there to see Austra, and it was near impossible to navigate the dancefloor for fans wanting to stake out an ideal spot to move their feet while simultaneously keeping an eye on the stage show. Frontwoman and classically-trained opera singer Katie Stelmanis has received much attention for her unique and powerful voice, which she’s set to dark, new-wave arrangements under the banner of Austra.

In many cases, going to a show and having a band sound precisely like they do on their album can be a disappointment, but in the case of Austra, it was impressive. Stelamnis’s voice is a power all its own. When, three songs in, Austra launched into their single “Lose It”, the dance floor erupted to the flawless falsetto “Oh oh ohs.” Stelmanis, flanked by Tasseomancy’s Lightman sisters as backing vocalists, created a mesmerizing stage show, enchanting the audience with with flowing arm movements that pulsated to beats driven by drummer Maya Potepski and bassist Dorian Wolf.

Stelmanis’s fluid motions gave the illusion she was about to flutter above the audience, which added a warmth to the music that might otherwise might come across as cold in its power. The band played a solid set of highly-danceable material, largely off Austra’s 2010 debut Feel it Break. While at some point the songs seemed to melt into each other somewhat, the audience danced their hearts out ‘til the very end. At first I assumed this show was so sought-after due to the recent Polaris attention, but it’s clear Austra have a solid following of fans who recognize a quality show when they see one.

3 responses to “Austra at Electric Owl”