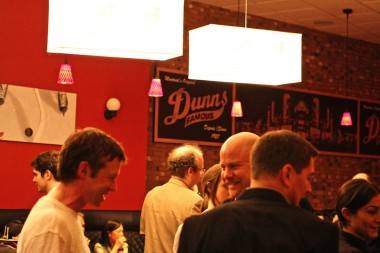 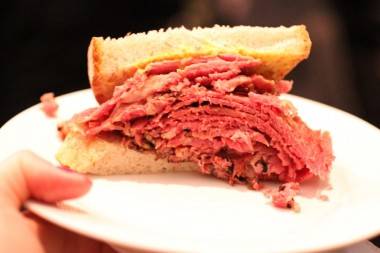 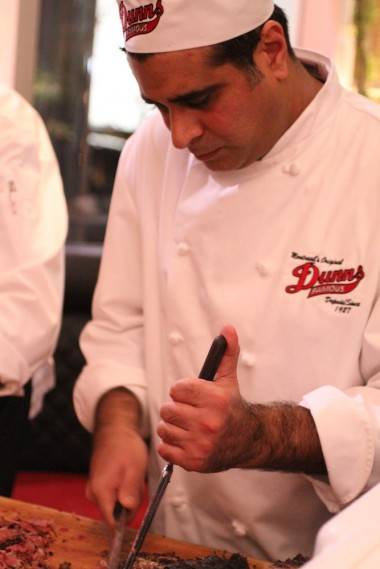 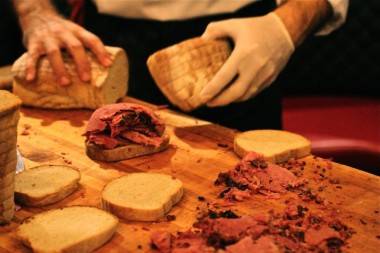 While Chef Mizra had flown in from Montreal to train staff and showcase his talents, those in attendance were able to sample other menu items that don’t always get the same attention. Some of these items included the classic beef sliders – juicy little morsels complete with fresh tomato, lettuce and sautÃ©ed onions; reuben sandwiches made with chicken and smoked meat, served on a sesame seed hoagie; and poutine made with bona fide cheese curds and that special hard-to-describe poutine gravy, available in a vegetarian version if desired. 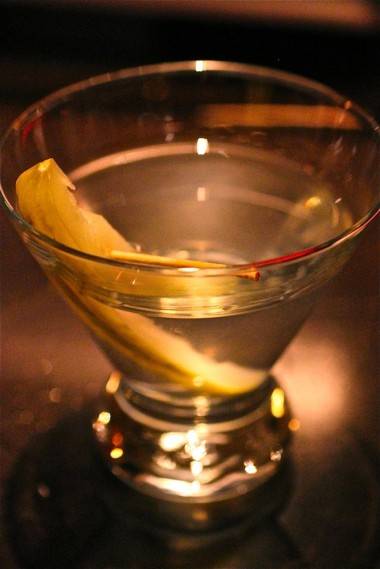 Later in the evening, sipping my wine with a this slice of chocolate ganache cake from a desert table in the back room of the newly opened restaurant, I reflected on experiencing a Montreal institution in Vancouver. Here, it’s a modern take on a traditional smoked meat deli – part casse-croÃ»te*, part sports bar. The interior dÃ©cor is classy  – exposed brick walls, red paint and black leather banquettes – with scenes of Montreal and obligatory hockey motifs as art. This is not at all like the old (now defunct) original location of Dunn’s in Montreal on Rue Ste Catherine – that locale had the ambiance of 1940’s cafeteria. 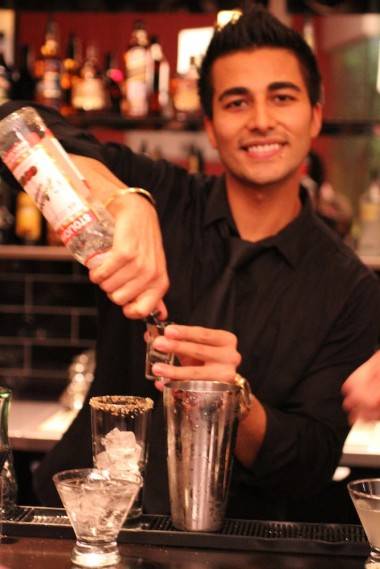