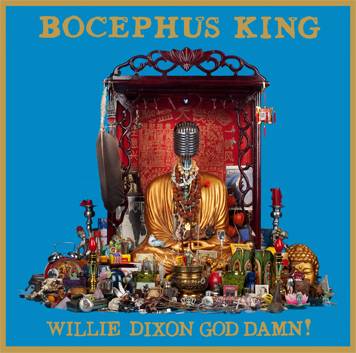 Bocephus King, aka Jamie Perry, has spent time as a professional songwriter. So one thing that you can always count on with a Bocephus King record – five so far, as well as the latest Willie Dixon God Damn! (Tonic Records) – was/is near-faultless songcraft: tunes with beginnings, middles and ends, smart lyrics, sharp hooks, arrangements filled with subtle touches and dramatic flourishes.

Mind you, I’d forgotten about all this in the seven years between the last BK record, All Children Believe in Heaven, and this one. (A clue to that seven year gap might be found in “Acetylene Alley”: “I went down Acetylene Alley/With a blowtorch/I got burned”.) And so let’s just say that Willie Dixon God Damn! is a welcome return. Perry’s voice is an uncommon mix of grit and warmth, the hooks are plentiful, the songs varied in tone and temper and genre (there is even some Middle and Eastern Eastern noodling in parts). 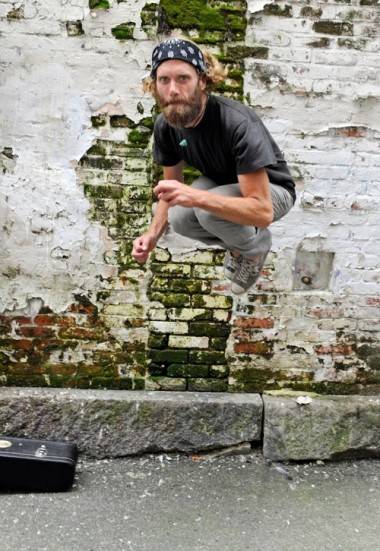 But all the tracks share Perry’s ingrained skill at penning a song. I love the way “The Beast In You” builds into something entirely different from its beginnings, and I love the sentiment behind “Broken Down Rock’n’Roll Machine”; “The Myth of Philadelphia” has an epic-ness that makes it the centrepiece of WGDM!, while the title track has a low-down junkyard feel. The second half loses some of the momentum as the tracks become slower and bluesier (and longer; “That’s Not Love” is over seven minutes, the dire “The Job” over six) , but the record ends with two of its strongest songs, “The Epiphany of the Saints” and “So Many Hells”.

Bocephus King remains an anomaly in the Vancouver music scene – a true songwriter who can’t be pigeon-holed, and who has steadfastedly followed his own weirdly digressive career path. It’s good to have him back.