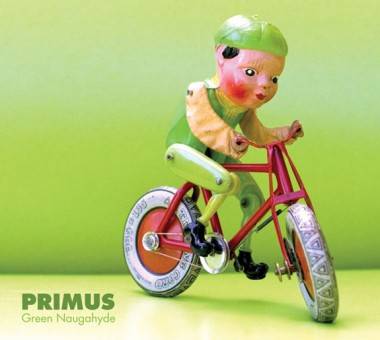 “Eternal Consumption Engine” carries an element of folk – a foot-stomping, infectious acoustic bassline.Â This song sounds like a tune you might have heard on Mr. Dressup if Primus wrote the music for the the children’s show. The image of a group of kids waving their arms in the air, hanging out the side of a twisted-looking locomotive isn’t far off here. In his weird way, Claypool’s social commentary on the shoddiness of kids’ made-in-China toys today is lost in the nightmare this song sounds like. “Tragedy’s a’comin”, meanwhile, sounds like Stevie Wonder mismashed with Red Hot Chili Peppers circa Freaky Styley.