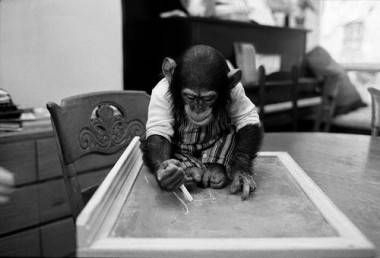 Project Nim is the true and at times devastating portrait of the human thirst for knowledge versus the true nature of communication. It documents the research project headed by Herbert S. Terrace in 1973 in which nature versus nurture was to be put to the test in relation to a primate’s ability to grasp and utilize language if raised in a human environment.

Nim was taken from his biological mother, an event re-told by his human surrogate mother with heart-breaking accuracy, and put into the home of the surrogate and her family. This was the first of several humans Nim would meet along the road of this experiment and whose life would be profoundly affected by knowing him.

What follows in the story, is a deeply disturbing account of the weaknesses that lie within traditional research and human understanding. While the educated people at the helm of the experiment ranged from the frigidly clinical to the impishly curious to the emotionally connected, the chimpanzee at the centre of it all craftily learned how to adapt to, control, and benefit from his environment while he learned the sign language that was meant to prove his ability to grasp the concept of communication. 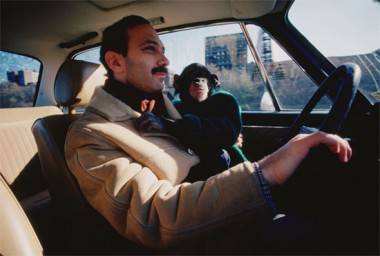 And this is where the real lesson lies: communication means more than just language. As one of his more supportive caregivers astutely says: “Words are a nightmare when it comes to closeness”. Indeed they are, and that may just be our downfall.

Any time someone on the team would nurture the need for closeness, warmth, connection, and even anthropological role promotion, they were immediately distanced from the project. If the intent was to subject Nim to the same environment as a human child to see if he could grasp human communication, depriving him of emotional connection is a detriment. This was, however, viewed as a clinical trial and therefore had no room for the idea of emotion. Humans are right in their hunger to wonder and explore, but where we fail is in our desire to cerebralize connection. It was this act that ultimately caused the project to falter and the humans attached to it to brutally fail and betray the living thing who was the focus.

This film achieves what it sets out to do in that it will relentlessly make you think and, whether you like it or not, feel. There was a lot the researchers could have learned from Nim Chimpsky but didn’t: how to adapt, how to trust, and ultimately and amazingly, how to forgive. These things appear to not be innately human skills. Perhaps we lost them when we “evolved”.