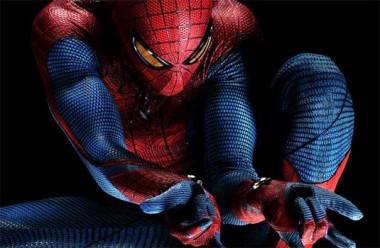 The week leading up to this year’s San Diego Comic-Con was a good one for comic book movies. For Comic-Con specific coverage, check out The Snipe’s firsthand coverage!

– It was a heck of a week for trailers. Yes, Warner Bros and Sony went toe-to-toe in their fight for your July 2012 box office dollar by showing off their heaviest hitters.

In one corner, wearing spiked gauntlets against regulations, a film at the end of a franchise, coming off staggering critical and commercial acclaim, the Christopher Nolan-helmed The Dark Knight Rises. In the other corner, in the red and blue shorts and angst, a reboot of the franchise that started the comic book assault on your wallet, The Amazing Spider-Man. Most of the planet headed off to see Harry Potter mug for the camera one last time and a few were treated to a moody teaser for the explicitly final entry into the Bat trilogy starring Christian Bale. Plus we get to see Tom Hardy looking like a total badass for a split second. On the other side we get to see The Amazing Spider-Man looking pretty cool, if you can get past the thick teen angst and the reskinned tech demo from Electronic Arts’ 2009 video game Mirror’s Edge. I usually cringe when people over the age of 35 describe anything as “video gamey” but, the critics are not wrong this time. That said I was more interested in the trailer for this film than all of Spider-Man 3. Call it a draw. ScreenRant has both trailers and some good analysis.

– Captain America: The First Avenger hits theatres everywhere this weekend. Directed by Joe Johnston and starring Chris Evans’ pecs, the period piece will follow the exploits of Steve Rogers as he puts his patriotic foot to the ass of some Nazis. Here’s what reviewers are saying:

“This is the Marvel movie I’ve been waiting for. Iron Man is a really good film, but at the time I gave it a lot of passes – especially in the action department – because I was so happy with what it got right. But the rest of the movies the studio has released ranged from okay to not particularly good, and none of the other movies felt like they were real competitors in the summer movie sweepstakes. Captain America is big in a way no other Marvel movie has been, and it swings for the fences in ways that no Marvel movie since Iron Man has done.” – Devin Faraci, BadassDigest.com

“Watching the way he develops from test subject to unproven hero to veteran warrior, Rogers is given more room to grow into the character we’re going to see in The Avengers than almost any of the other Marvel heroes so far. It’s not immediate for him, and simply sprouting muscles and a six-pack does not make him into the hero who could lead others. His development also isn’t a humbling, a la Thor, but rather a process of settling into the skin he’d always felt like he deserved. – Drew McWeeny, Hitfix.com

“Chris Evans, best known up until now as the Human Torch in the Fantastic Four films, is an appealing actor, but his Captain America could have used a bit of deadpan hipness. He’s so straight he’s like a Boy Scout on steroids. Then again, that’s the appeal of a movie that takes you back to a time when America didn’t have to be remotely ironic about believing in itself.” – Owen Gleiberman, Entertainment Weekly

“But Captain America is far more engaging when it’s about a scrappy underdog overcoming the odds than it is about generic shoot-outs and exploding tanks. It only scratches the surface in trying to examine the perils of premature fame. And in satirizing our country’s tendency to fetishize patriotism, Captain America doesn’t have much that’s new to say: We worship and cling to our heroes, whether or not they want or deserve our adulation? Is that it?” – Christy Lemire, Associated Press 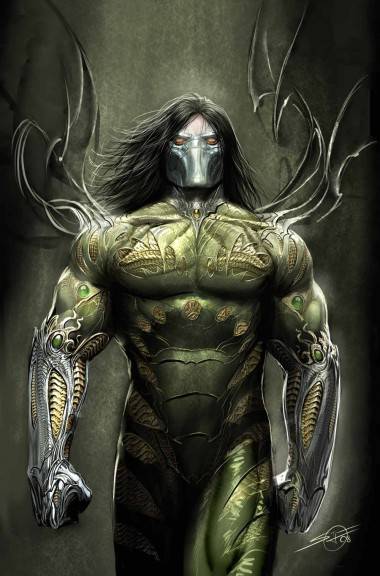 – Two comics series that first made the jump to the videogame world are getting the film treatment. The Red Star, which was adapted into a well-received and widely distributed PS2 demo but never made it to production, has been optioned by Warner Bros. And The Darkness, the story of a gang thug possessed by a demonic shadow monster bent on revenge has been optioned by Mandeville Films.

– Last week’s episode of Breaking Bad set the stage for clips from the second season of The Walking Dead, AMC’s adaptation of the Robert Kirkman-penned comic series. Hopefully the creators pull up their socks and live up to the potential this time around. With writer shakeups in the off-season and these clips, call me hopeful. 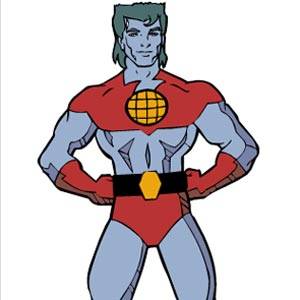 – Answering the calls of absolutely nobody, Captain Planet will soon be given the film treatment by Cartoon Network. Just give Zac Efron the Heart ring and be done with assaulting my childhood.

– For your viewing pleasure, here is a picture of Stan Lee with Andrew W.K. 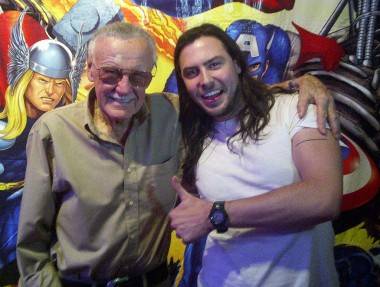