No, these bar stars are also graded on their interaction with the diners. Most of the latter are unfailingly polite, of course, and quick to compliment the hard-working mixologist when he stops by the table to ask after his creations. Occasionally, however, you might just get a hard case.

Someone like Frank, for instance, who was sitting at our table, and who told the evening’s bartender, the Rosewood Hotel Georgia’s Robyn Gray, that the first two cocktails he concocted for our meal were “too sweet”. 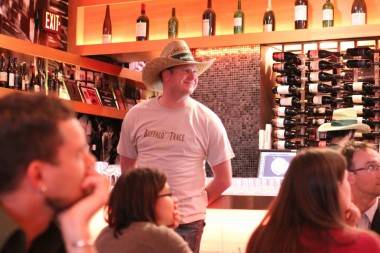 Frank, who recently moved to Vancouver from Switzerland, may have had a point. The Morning’s Gallop, the first drink (and it should be noted not all mixologists take the care to name their drinks – extra points for that) was a mix of bourbon, bitters, lemon, fresh-pressed apple juice and cinnamon syrup. As Frank noted, the libation didn’t quite balance out the sweetness of the maple syrup-topped pancake that was part of the first breakfast-themed course, which also included beans, a sunnyside-up quail’s egg and sausages. 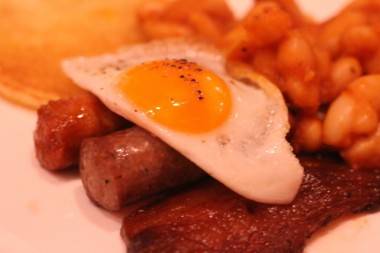 The second drink, the Longhouse, was a little more minimal – cedar water for dryness, Benedictine for an herbal flavour and some simple syrup along with the bourbon. It had to do battle with cured salmon smoked over alder chips and bannock (bread) with a smokey, woodsy butter (the lunch course of what was being billed as “chuck-wagon campfire” fare). More subtle than the Morning’s Gallup, the Longhouse was still a little on the sweet side, but a better companion to the food. 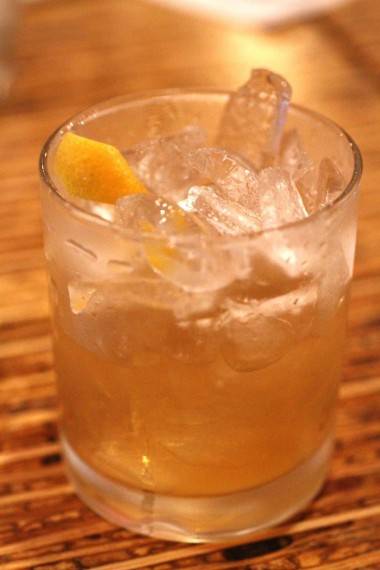 For the last course, flank steak with roasted purple potatoes, Gray came up with what he called the Espuma, after the cherry foam (“espuma” is Spanish for foam) that was mixed with the bourbon and black tea syrup (with a little lemon for balance). This was the most successful pairing of the evening to my mind, as the cherry/bourbon combo nicely washing down the grilled meat. 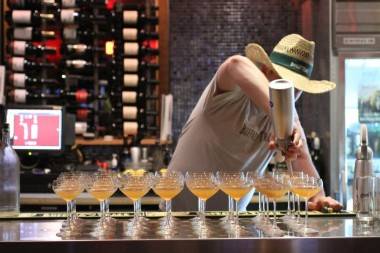 And what did Frank think of the last course? We never heard his final opinion, but after the dinner he could be seen mingling with other patrons, and the Robyn Gray himself. As it turns out, the two are friends, and Gray is putting his critic up at his place until Frank moves into a place of his own.

The Buffalo Trace vs. Chuckwagon Campfire continues through the rest of July, for two more Wednesdays at The Refinery, July 20 and 27. To win a pair of tickets for July 20 (with Brad Stanton mixing the cocktails), simply Tweet:

I want to be @TheRefineryVan Wed for Week 3 of the Buffalo Trace bourbon vs campfire food Cocktail Kitchen series: http://bit.ly/omcGTU 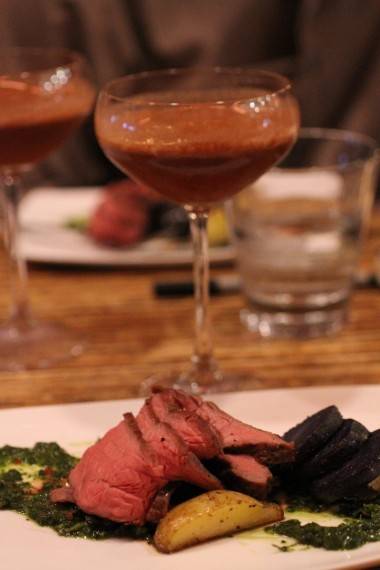 One response to “Bourbon, bannock and balance”