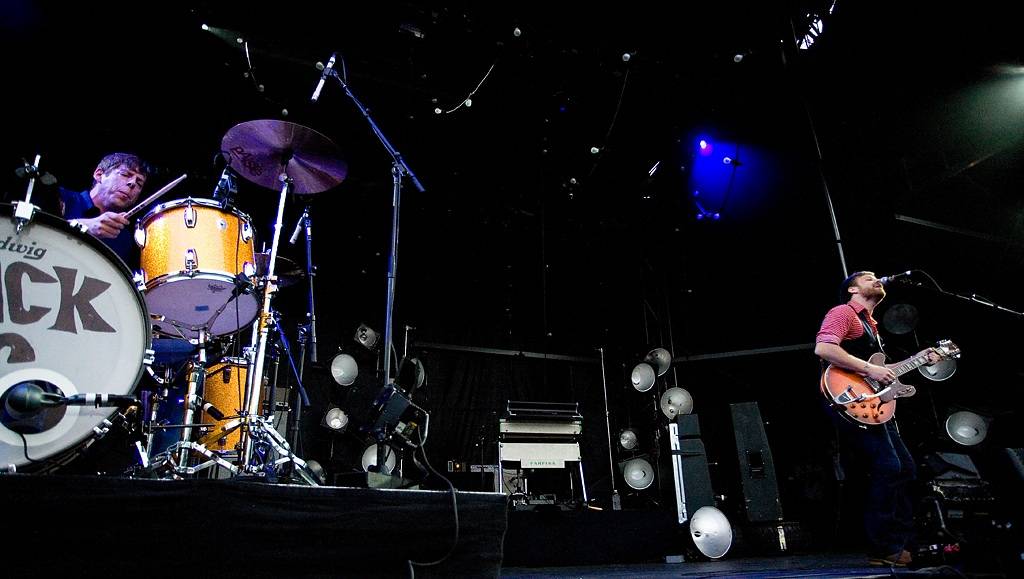 Sure they’ve won a bucket of Grammy awards, have a platinum-selling album, have graced the cover of every major music publication in the civilized world, and probably scored more poon than Stifler’s mom.

But here are the real reasons why you should see The Black Keys live (if you weren’t among the 2000-odd folks at Deer Lake Park this evening).

-Â Â  Â You might get to rub shoulders with Danger Mouse (!!).
-Â Â  Â You may witness (as I did) eight security guards take down one hapless stoned hippie during the blazing finale to old school Keys track “I’m Busted” (oh the irony).
-Â Â  Â You’ll enjoy a refreshingly DIY-style stage and lighting design which oozed a unique, effortless cool and distinctly different character than the usual high-end LCD/smoke machine jazz (yawn). 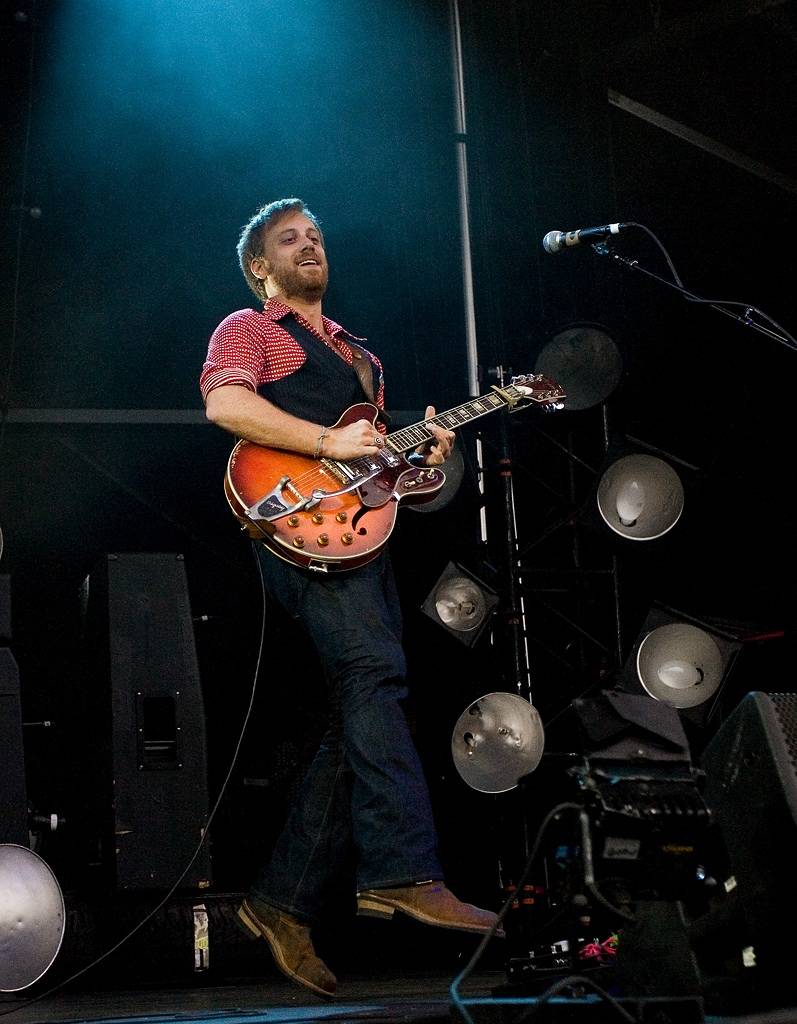 -Â Â  Â You’ll hear throwbacks to early Black Keys years with the duo performing their songs as they were meant to be played (strictly two brothers, two instruments, and pure raw, unrestrained rock and roll magic on “thickfreakness” and “Girl is On My Mind”).
-Â Â  Â If you happen to hear Otis Redding’s version of “I Can’t Get No Satisfaction” play before the show, you can glibly inform the clueless teenagers next to you that no, that’s not Mick Jagger.
-Â Â  Â You’re guaranteed to get a decent second-hand buzz from merely standing in the general vicinity of the mosh pit.
-Â Â  Â If the beer garden sells out of beer before the band even goes on, you can pay some chick $20 for the warm flat Granville Island Pale Ale she was triple fisting (but thanks Live Nation for capping beer sales–this is a responsible move more concert promoters need to ape).
-Â Â  Â While still a little awkward and disjointed at times, tracks like “Howlin For You”, “Long Gone” and “Everlasting Light” played with a full backing band sound MASSIVE, lush and pack a visceral punch. Having a backing band also means guitarist Dan Auerbach has the lead to pull out those amazing extended solos without having to hold down the rhythm guitar line. 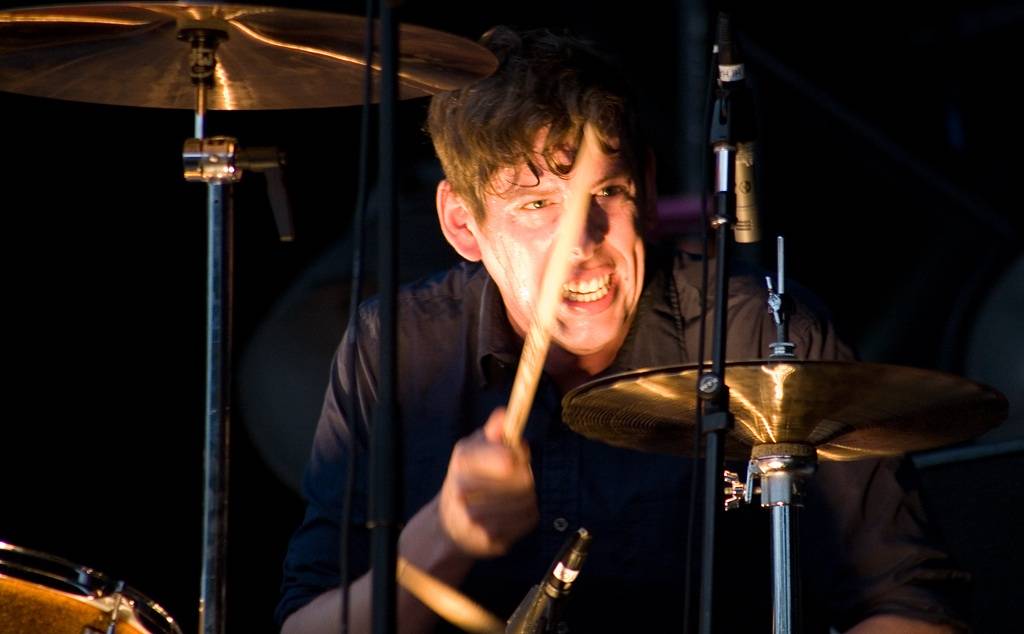 -Â Â  Â You’ll get to see the largest disco ball to likely ever grace a rock & roll stage (I can imagine the bragging rights that go along with that but I’ll steer clear of the obvious “big balls” pun here).
-Â Â  Â You’ll be listening to one of the greatest rock and roll bands to come out of the States, well – pretty much ever.Â  And that’s something actually worth bragging about.

If you reside somewhere other than Vancouver, keep your eyes out for The Black Keys in your hometown as they journey across the country this summer! 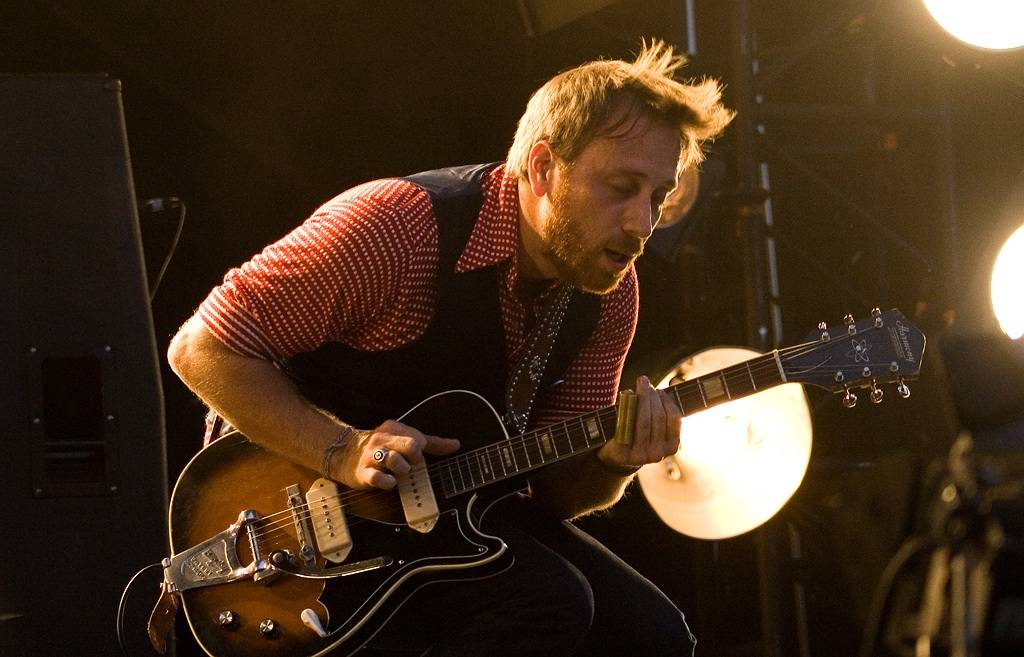