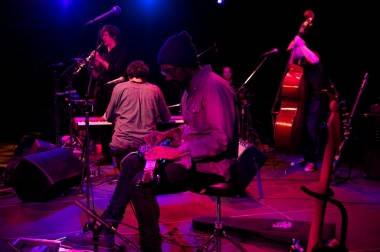 Brasstronaut at PerformanceWorks with the Vancouver Jazz Festival, June 27 2011

The Vancouver Jazz Festival is taking over our fair city once again, and I was excited to see local indie/jazz band Brasstronaut on this year’s bill.

I caught the second of two back-to-back shows the band played early in the week. The venue was full, even at 10:30 on a Monday night – although I shouldn’t have been surprised, really, as Brasstronaut is clearly one of Vancouver’s most exciting new bands right now. I met several audience members who, so taken by the 8:00 show, stayed right through for another round. I figured that was a good sign. 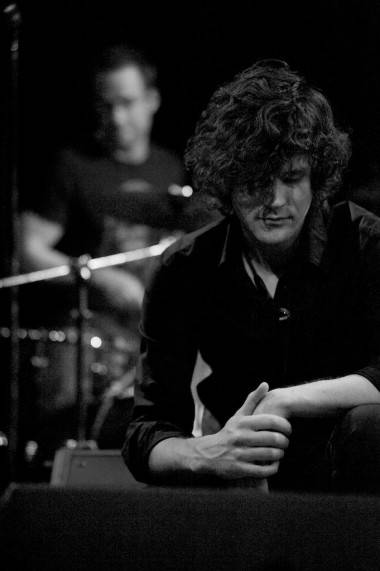 The MC comically introduced the show with an awkward, “And now, give a warm welcome to… the… Brasstronaut,” but that’s where the stilted awkwardness ended and a tight, captivating show began.

The sextet opened with “Requiem for a Scene”, a hipster lament if ever there was one, with frontman Edo van Breeman’s warm vocals threading through each carefully crafted note, each perfectly maneuvered harmony. The band carried into “Hand Behind” from their 2010 debut Mt Chimaera, then “Six Toes”. The band interspersed a few new songs into the set; one of these merged seamlessly into the high-energy “Lo-Hi Hopes”, sparking a few excited yelps from the audience. 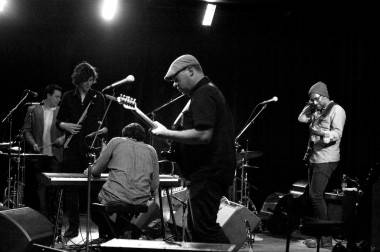 Edo’s voice is just as powerful as it is heartbreaking, and reminded me at times of Patrick Watson’s. Bryan Davies’ flugelhorn and trumpet as well as Sam Davidson’s clarinet and EWI add the melodic sparks which give the band its unique sound, beautifully complemented by Tariq Hussein’s lap steel.

But it was drummer Brennan Saul who was a real treat to watch on Monday night with his oddly graceful style that matches his intriguing beat. Each band member is clearly a master of their own instrument, which is evident with the way Brasstronaut toys with dynamics – calm, melancholy melodies with introspective lyrics that build up towards a beautiful breaking point. 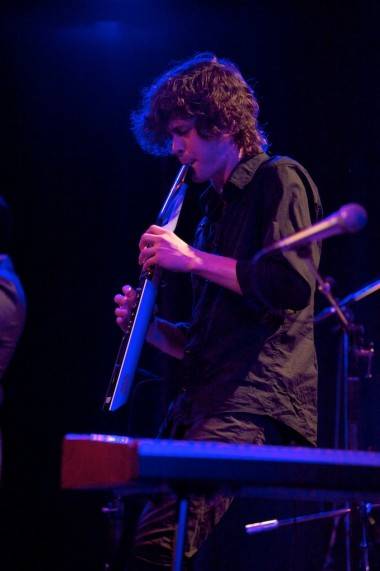 Although seated, the crowd was captivated and excited, and the band seemed to be having fun onstage, joking with the audience and telling stories from their recent European tour. They even delved into embarrassing childhood stories of “Brasstronaut Jr” – were they originally called Liger Duo?! (Did I hear that right?)

A Brasstronaut show is always a good time, but their second Performance Works set confirmed my initial impression upon seeing them last summer – that they’reÂ  one of the city’s soon-to-be-discovered gems. Jump on the bandwagon before it’s too late.