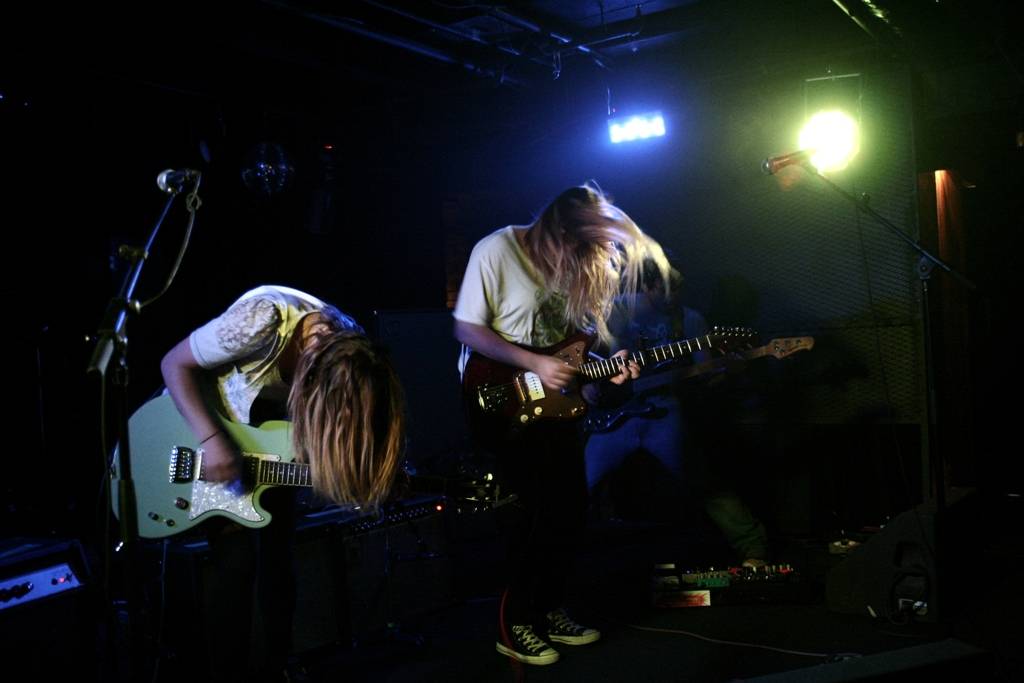 According to Wiki, “White-Gluz was living in Los Angeles while Lloyd was living in Montreal. They began collaborating via email, which eventually led to White-Gluz’s return to Montreal and their first show (with Grant Hart of HÃ¼sker DÃ¼) on December 15, 2009. The band continued to play locally, including a show with then-up-and-coming indie band Best Coast. The latter’s lead singer, Bethany Cosentino, took a liking to the band and tweeted, ‘Dude, No Joy is the best band ever. Two hot blonde girls just shredding away. Sooooo amazing.'”