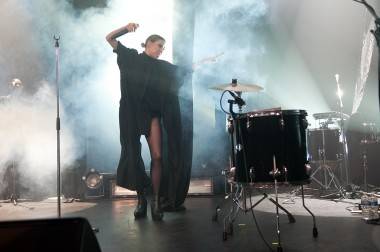 Lykke Li on tour for her second album Wounded Rhymes.

Reviewing the show for the Capilano Courier, JJ Brewis wrote, “Emerging on the stage in a literal cloud of black smoke, Li immediately had her capacity crowd in the palm of her hand…Â With an array of eerie ceiling length draperies blowing around on-stage, matched by invasive police search style lighting, the set invoked an image of an abandoned forest in the midst of a crime scene. The intensity of the atmosphere brought an undeniable dimension to Li’s set, showing each aspect was for once carefully thought out and articulated without coming off overcooked or clichÃ©d…

“Much of the set consisted ofÂ Wounded RhymesÂ material, with Li seamlessly sliding the somewhat lighter and more eclectic favourites from her earlier disc. InÂ Novels‘ ‘I’m Good I’m Gone’Â Li was backed by a male vocoder, while she wielded a spare drum stick on a nearby cymbal, like a wizard conducting spells out of her wreckless wand. Li’s stage presence and atmosphere really matches up to the songs themselves… Like the shy bit of leg poking from under her garment, the odd lyric of hope in an otherwise hopeless track, and the black curtain draperies rarely exposing some backlighting, the cohesiveness of the entire experience was live music perfection.” 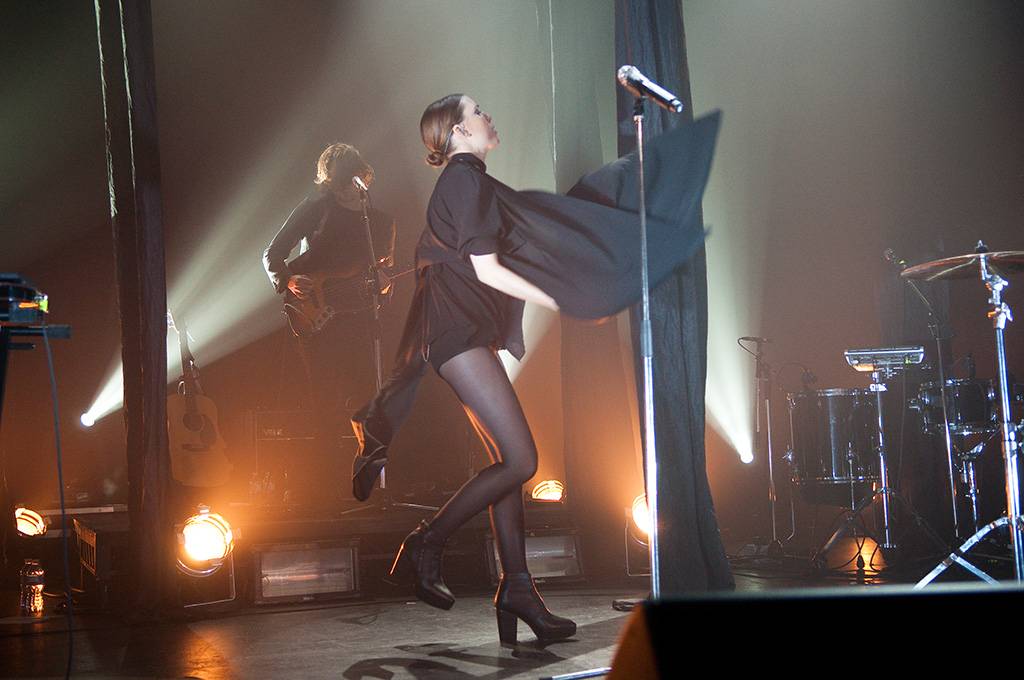