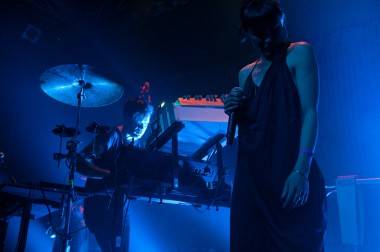 Almost a year after the release of the Danish electronic music producer Anders TrentemÃ¸ller‘s second album Into The Great White Yonder, the music still sounds fresh. And Wednesday night’s set at Vancouver’s Venue was a crazy combination of chilled out percussion and full-on bass explosions.

The stage was adorned with ribbon-covered structures; the palm-trees and red lighting transported the audience to somewhere warmer and more tropical than the rainy night. To start with, moving ribbon panels stood in front of the four-piece band so the audience was given a distorted view of Anders TrentemÃ¸ller and the others. During the opening track the structures came down to reveal his edgy haircut, two girls in quirky dresses, the drummer and the guitarist.

All band members bounced up and down in time to the beat, and showed as much enthusiasm for the slower songs as for the more up-beat tracks. They kept up a constant flow of movement; when he wasn’t using his synth, TrentemÃ¸ller walked around, pointing at the musicians and offering his enthusiasm for their performance. When the drummer wasn’t drumming, he would come to the front of the stage and clap his hands in the air, encouraging us to do the same.

When TrentemÃ¸ller was working the synth, writhing up and down, his hands exploding up into the air when the layers of beats and samples reached their climax, the audience went insane. He knew exactly how to build songs up, down, and then up again holding the crowd in a musical tension and causing a riot when released.

However, during the more down-tempo songs like his solo performance on the xylophone in “Miss You”, I couldn’t help but feel that the people around me were getting impatient; they wanted his heavier, dancier stuff. And in a set mixed with the two kinds of songs, the audience was never sure if they were about to jump up and down or slowly sway side to side. Not that the other songs weren’t inspiring; in “Even Though You’re With Another Girl”, the vocals by Copenhagen’s Marie Fisker captured everyone’s attention. The difference being that this song still had a strong forward moving beat dancing beneath the vocals.

Joining TrentemÃ¸ller for two of the songs, support act Dorit Chrysler brought the theremin’s eerie, squeaky sounds to the performance. The theremin was certainly the most unusual instrument of the night, though the girls in the headliner’s band shook maracas and tambourines, which contributed to the evening’s strong percussion theme. 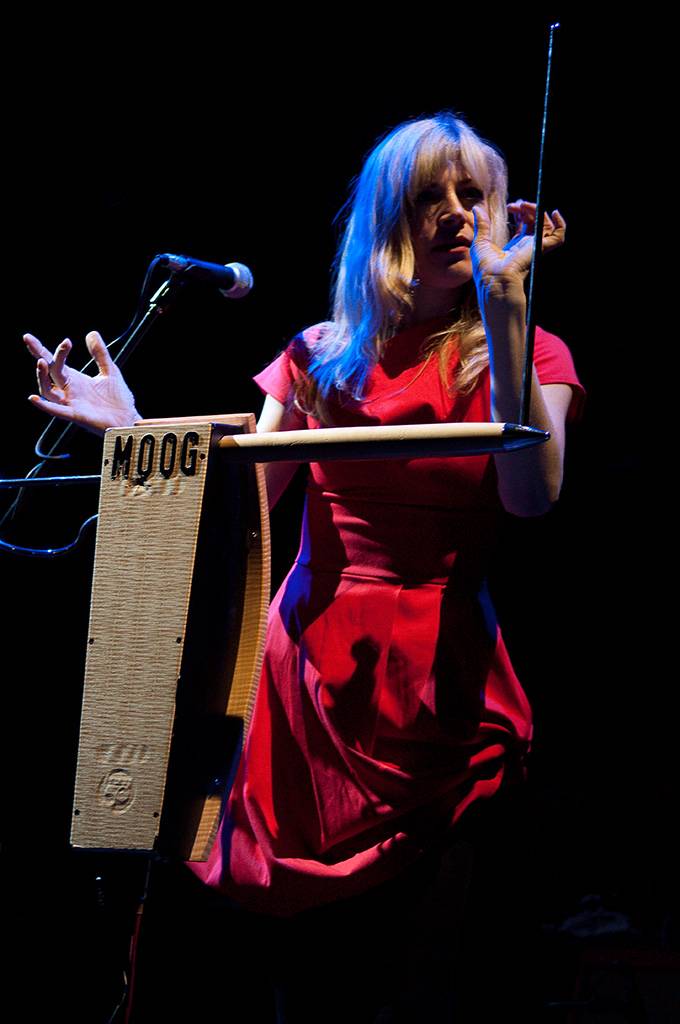 Even the audience created their own percussion whilst waiting for the encore: some good old-fashioned foot stomping. And of course the thunder of applause that TrentemÃ¸ller was met with when he finished the set with a wonky load of synth sounds. 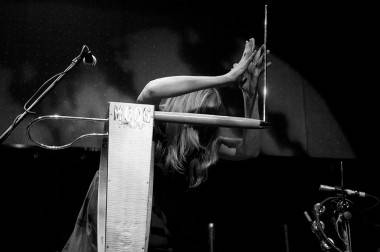