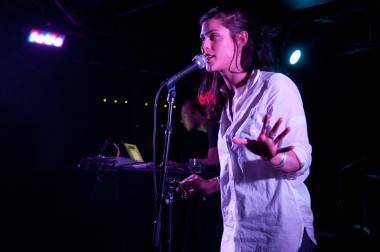 Opening with a DJ set of downtempo and hip hop inspired tracks, Lazerbeak provided a chill opening to the night. Second up was Sims, who got the crowd hyped with his high-energy vocal-based hip hop tunes and rowdy crowd-pleasing stage antics. 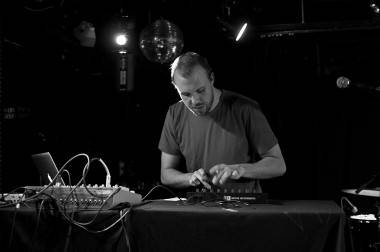 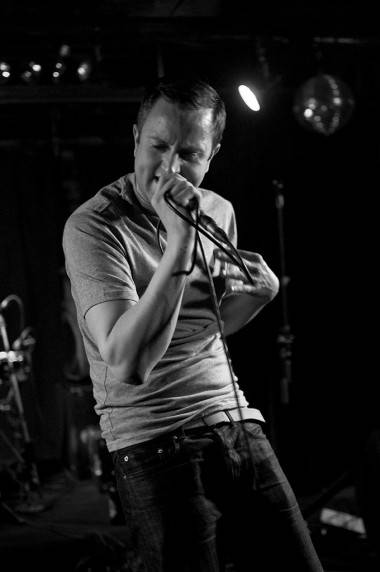 Around 11:30 pm Dessa took the stage looking casual in a white button-down shirt, jeans and sneakers. Her relaxed demeanor stood in stark contrast to the screaming drunk girls in the front row, who had perhaps gotten lost on their way home from the Lil Wayne/Nicki Minaj show happening earlier that night. Dessa took the borderline inappropriate fangrrls in stride and commenced to give what is probably one of the best performances by a female MC the Biltmore has even witnessed.

Although the crowd was small, (about 70 folks all told) those present were engaged, enthusiastic and obviously knowledgeable Doomtree fans, singing Dessa’s lyrics along with her and shouting out the hooks at all the drops.

Lazerbeak provided deadly beats live from his drum machine, which he played more like a real drumset than a preprogrammed computer, and provided a lively counterpart for Dessa’s onstage banter. She jokingly elbowed her way in and repeated pushed what she defiantly proclaimed was “her button” on the drum machine. 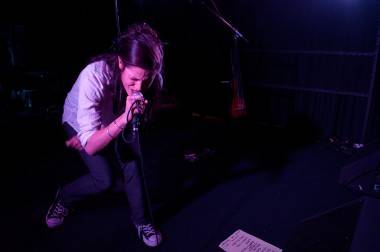 Dessa’s vocal skills are akin to a cross between the hip-hop flavor of Lauryn Hill, the smooth smoky soul of Eryka Badu, and the slick slam-poet style of Ursula Rucker. She brought all this, plus her inimitably cheeky sense of humor and humble sense of self.

While the women in the audience kept remarking on her stunning looks, I heard many of the men talking about her skill as an MC and performer. While she is definitely beautiful, what is really most striking about Dessa is her ability, both as a performer, MC and songwriter. 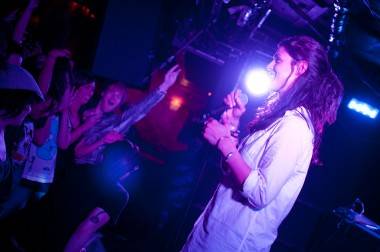 More photos of Dessa at the Biltmore Cabaret: